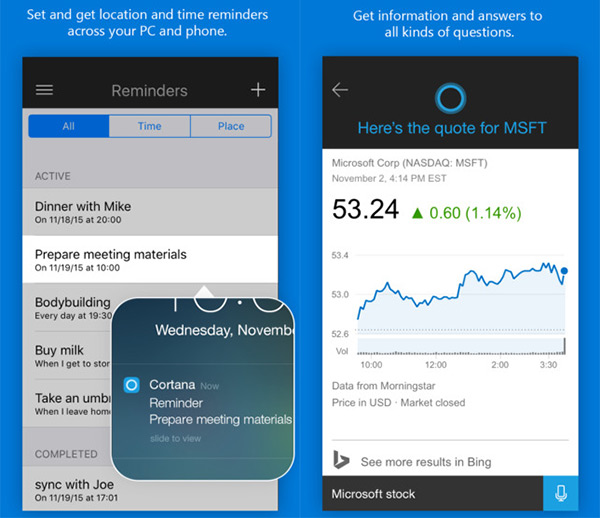 Microsoft just announced major changes to the Cortana app as part of a shift towards a transformational AI-powered assistant in Microsoft 365.

From September 7, the company will end support for all third-party Cortana skills. In early 2021, Microsoft will also stop supporting the Cortana app on iOS and Android. Consumers can still manage their calendar, email, join meetings via Cortana Windows 10 experience, Cortana integration in Outlook mobile, and soon Cortana voice assistant in the Teams mobile app.

In addition, support for Cortana service integration in the Harman Kardon Invoke speaker will cease in January 2021. Harman Kardon will roll out a firmware update in early 2021 to deactivate Cortana and owners of the Invoke speaker can continue listening to music, podcasts, and radio stations via Bluetooth.

The previous version of Cortana will be removed from the first generation Surface Headphones in 2021. Users of both versions of Surface Headphones and Surface Earbuds can tap into Cortana via Outlook mobile to manage their email inbox.

Our articles may contain affiliate links. If you buy through these links, we may earn a small commission.
Previous Story
WhatsApp could introduce a long overdue feature soon
Next Story
Apple acquires startup with technology that turns iPhones into payment terminals