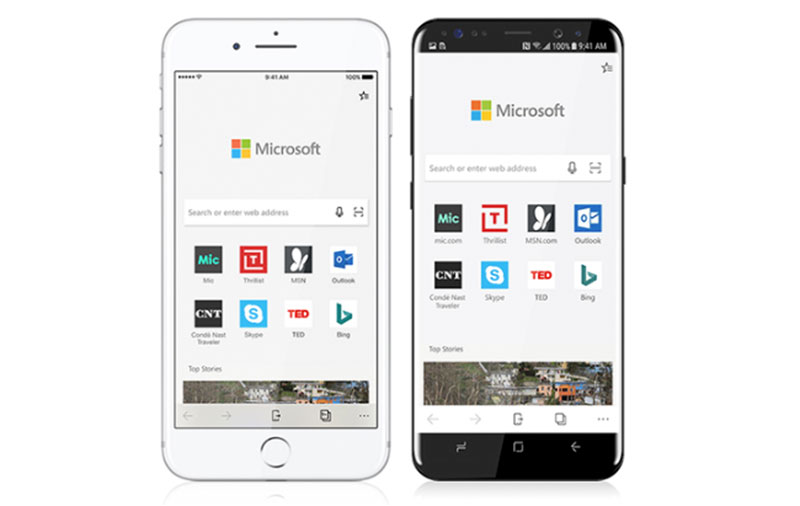 Microsoft has announced that it’s bringing the Edge browser to iOS and Android. Additionally, the Arrow Launcher for Android has now graduated and is being renamed Microsoft Launcher.

Microsoft Edge for iOS and Android brings familiar features like your Favorites, Reading List, New Tab Page and Reading View across your PC and phone, so, no matter the device, your browsing goes with you. But what makes Microsoft Edge really stand out is the ability to continue on your PC, which enables you to immediately open the page you’re looking at right on your PC—or save it to work on later.

As explained above, this is all about bringing Edge features that Windows users are famiilar with on their desktops to iOS and Android. Microsoft isn’t porting its EdgeHTML layout engine to Apple’s or Google’s mobile platform; so the core’s still WebKit/Safari for the iOS app and Blink/Chrome for Android.

For now, only U.S. English is supported, but Microsoft says support for other languages is coming. Some features, such as tab syncing and roaming passwords, are also missing in this first beta.

You can get access to the Edge preview for iOS and Android by following the links here, though at the moment, Microsoft has already exceeded the test user limit allowed for the iOS app.

Join HWZ's Telegram channel here and catch all the latest tech news!
Our articles may contain affiliate links. If you buy through these links, we may earn a small commission.
Previous Story
Here’s how much it costs to get an Intel Coffee Lake CPU and motherboard in Singapore
Next Story
Nokia 3310 3G: available at S$99 from 14th October