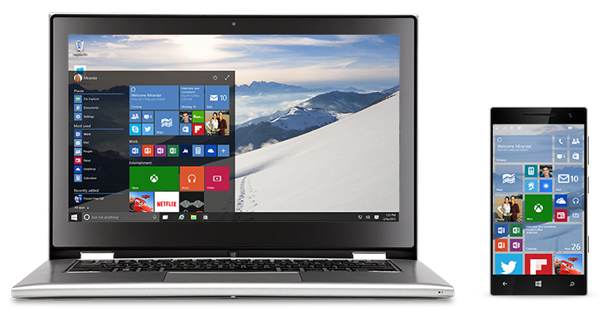 Windows Insiders on the Fast ring, you’ve a new desktop build for the Windows 10 Technical Preview. But before you hit Windows Updates to go to Build 10061, you might want to reclaim some storage space from the extra Language Packs that you’ve installed in Build 10049.

As the build number suggests, Build 10061 isn’t merely a bug fix edition of Build 10049. There are several new features and improvements in store:

New Mail and Calendar apps: There’s a 3-pane UI for toggling between your email and calendar, swipe gestures that let you quickly delete, flag, move or mark as read/unread, and new authoring tools in Mail where you can insert tables, add pictures, use bullets and add color to your text.

Continuum improvements: The Taskbar is now more optimized for tablets. In a nutshell, elements like the Start, Cortana, Task View buttons, and items in the Notification area will grow in size or widen and space out to be more touchable when entering Tablet mode. And pinned and running apps are removed to reduce clutter. If you want, you can now have your device boot directly into Tablet mode (which is the default for tablets under 10 inches).

Task View improvements: Window icons, the close buttons, and the thumbnails are tweaked to look better. These improvements also apply to Alt+Tab and Snap Assist. And Task View gets a new icon on the Taskbar.

Virtual Desktop improvements: You can now create as many virtual desktops as you like. When you hit the limit of your display, a new overflow experience now lets you access any one of your desktops.

Besides the above, there are several fixes in Build 10061, including the indexing issue in Outlook, the problem with Hyper-V not turning on, crashes in Visual Studio when creating a new Universal app project, and tweaks in Project Spartan, the new browser that first appeared in Build 10049. Of course, since Windows 10 is still a work in progress, Build 10061 has its fair share of bugs too. For more details, hit the source link below.