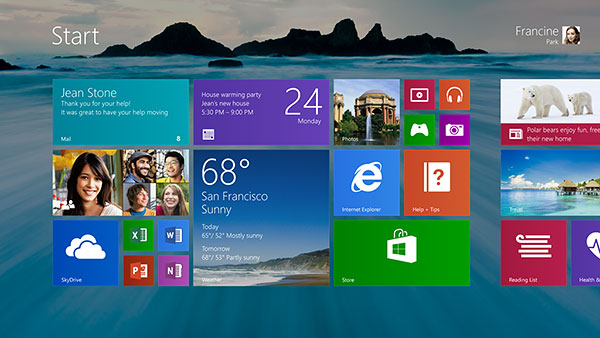 A few days ago, Microsoft released more details on some of the upcoming features in the Windows 8.1 update. And just hours ago at TechEd North America in New Orleans, the Redmond-based company has listed some of the new and updated features Windows 8.1 has in store for business and mobile users and IT pros.

For example, there are a slew of BYOD (Bring Your Own Device) enhancements, like Workplace Join, where a user can use his own device at work and IT administrators can decide what corporate assets it has access to. NFC is also making an appearance; more specifically, you can tap a Windows 8.1 device against an NFC-enabled printer to establish a connection between both devices. There’s also support for Wi-Fi Direct printers, which rids the hassle of installing new drivers and software on the Windows 8.1 device. Miracast wireless display will be natively supported as well. So projecting an image will soon be as simple as pairing the Windows 8.1 device with the display device (say, a projector) via Bluetooth or NFC, and letting Miracast project the image wirelessly over Wi-Fi. For mobile users, there are several enhancements. Besides support for a wider range of VPN clients and an auto-triggered feature, Windows 8.1 will allow you to turn a broadband-enabled device into a personal Wi-Fi hotspot.

Needless to say, Microsoft is trying to make Windows 8.1 even more secure. Some of the security enhancements listed include remote business data removal, improved end to end biometrics, device encryption for all editions of Windows (enabled by default for consumer devices and for data on any connected standby devices), anti-malware solution that scans binary extensions before execution for Internet Explorer 11, and network behavior monitoring in Windows Defender.

In terms of enhancing the Modern UI experience, some of the changes (like variable, continuous size of snap views, better mouse and keyboard options) were already detailed in the previous post. And as rumored, Microsoft has confirmed that booting directly to the desktop (as opposed to the Start screen) is possible in Windows 8.1.

To see the full list of features, hit the source links below.

Windows 8.1 Preview will be released on June 26, so this isn’t the last time you’ll hear from Microsoft (and us) regarding the OS update.