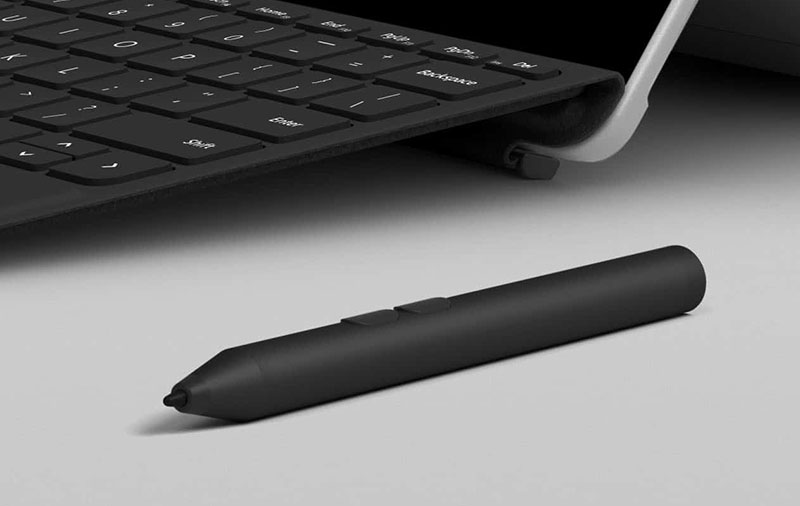 Microsoft’s smallest Surface device, the Surface Go, supports Windows 10 inking and works with the Surface Pen. But there’s a case to be made that the stylus is a tad long for kids’ hands and too expensive for schools to buy loads of them for classroom use.

According to Microsoft, the Classroom Pen is designed for really heavy use, so it has a hardened pen tip and a replacement tip in the box. There’s also a built-in slot at the end to secure the stylus to the case. It's powered by a single AAAA battery; and like its taller sibling, it has two buttons on the side for erase and right-click functions. While the Classroom Pen is designed with kids and Surface Go users in mind, it will also work on other Surface and Windows devices that support the Microsoft Pen Protocol.

The Classroom Pen will be available in all the 36 markets that sell the Surface Go, and shipment will begin in February. We’ll keep you posted when we hear more about its local availability.

Previous Story
Singapore has released a framework on ethical usage of AI
Next Story
AirPods 2 with health monitoring features to launch in first half of 2019?