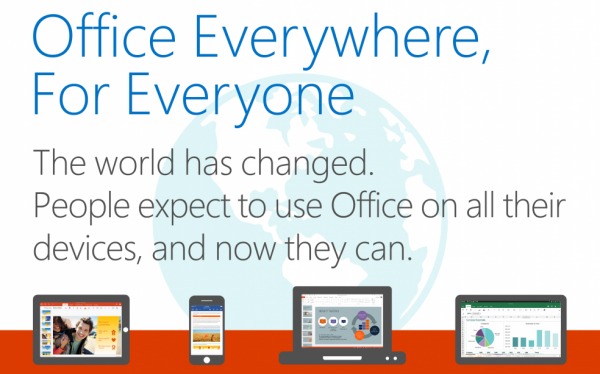 As if offering Office for iPad, Office Mobile for iPhone and Android Phones for free previously wasn’t enough, the software giant has unleashed updated apps to bring a new experience to iPhones and iPads, as well as for Android tablets!

With more than 40 million downloads of Office for iPad, Microsoft is more certain than ever that their direction for "mobility first" is definitely welcomed. Gathering feedback from consumers, they've now updated Word, Excel and Powerpoint applications as part of their updated Office for iPad app. What's more, the new Office for iPad has now fully unlocked and you don't require an Office 365 subscription to edit and create content. When it was first launched in March, you could only view and present your respective documents for free. 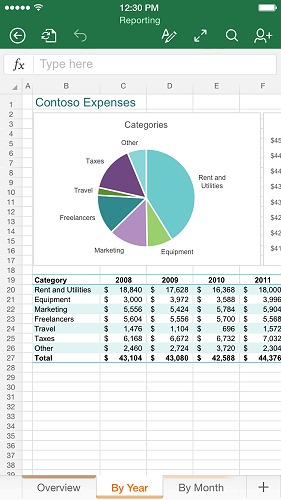 For both Office for iPad and Office for iPhone, the apps require your device to run iOS version 7.0 or newer. They are available in 29 languages and target 136 countries.

Freshly minted this time round is Office for Android tablet Preview. As its name suggests, this will bring Office productivity apps to Android tablets for the first time and is currently in preview phase. Interested customers can sign up for the Preview today, but general availability for all can only be expected sometime early in 2015. Again, the goal is to deliver the Office experience on to the smaller screens without requiring an Office 365 subscription. 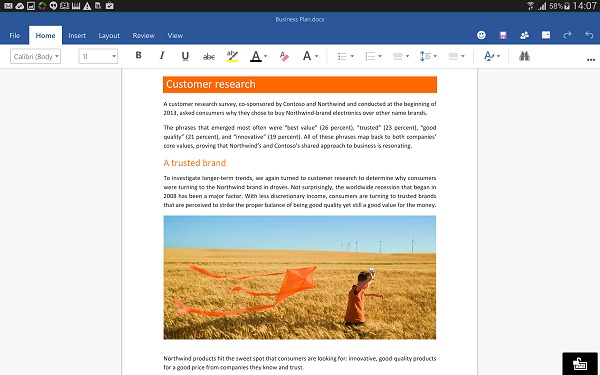 There's no word yet if there's an update of Office Mobile for Android phones, but with the above updates collectively, you can tell that Microsoft is ensuring that consumers familiar with Office will stay on within the Microsoft ecosystem and not resort to using alternatives. Similar to the approach adopted to proliferate Microsoft Windows 8.1 Bing to lower cost and small screen devices while keeping full fledged and full licensed operating systems to larger screens and more powerful notebooks/desktops, Microsoft is taking a defensive approach to prevent further erosion to their Microsoft Office business division and entice mobile users to crossover with an Office 365 subscription to enable the full Office experience on any device, unlimited storage on OneDrive and more at a reasonable annual fee.

Today's surprise announcement comes hot on the heels of it recent partnership announcement with DropBox to allow users to access, edit and save their Office documents direct to DropBox and provide deeper integration within their other Office app iterations.

Indeed the mobile space is heating up not only for device vendors, but even the software landscape that's further driving the adoption of mobile gadgets. As far as Microsoft is concerned, they want you to use a Microsoft service or software to enable you to achieve your end goal or task, no matter the device.

Join HWZ's Telegram channel here and catch all the latest tech news!
Our articles may contain affiliate links. If you buy through these links, we may earn a small commission.
Previous Story
EOS plans to make Earth into a real Death Star
Next Story
Opera Mini 9 for iOS introduces Video Boost; aims to get rid of video buffering