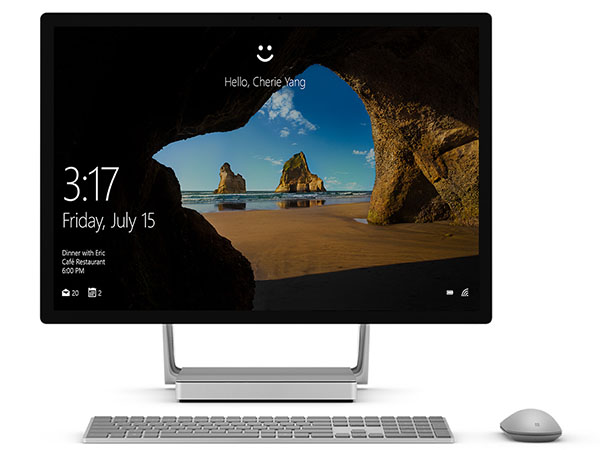 Four years ago, Microsoft embarked on their incredible project to create their own hardware. This gave us the Surface family of products. Though the first couple of Surface hardware were not very well received, Microsoft finally hit the jackpot with the Surface Pro 3 - a tablet that we called a true notebook killer.

And just hours ago at an event in New York City, Microsoft has just announced the latest addition to its Surface family of devices, a new all-in-one system called the Microsoft Surface Studio.

The Surface Studio has been designed specially for content creators and so it’s only natural that it has features that will appeal to creators. To begin, it looks absolutely gorgeous.

One of the reasons why is its super thin display, which measures 12.5mm thick. The LCD display that sits inside is just 1.3mm thick. It’s a 28-inch PixelSense Display that supports TrueColor and outputs 13.5 million pixels for a display resolution of 4,500 x 3,000 pixels - that’s 63% more pixels than a 4K TV. One nifty feature is that the display can switch between DCI-P3 color space to sRGB on the fly. Oh, it’s a touchscreen display too. The display also features a mic array so users can activate Cortana from across the room.

Inside, the Surface Studio can be spec'ed with either a sixth generation Intel Core i5 or i7 processor and can also be equipped with up to 32GB of RAM. As for graphics, users can choose from either a GeForce GTX 965M or the more powerful GeForce GTX 980M. Yeah, sadly there's no option for NVIDIA’s latest GeForce GTX 1080 or GTX 1070, nor is the system using an Intel seventh generation Core processor. Storage will come in the form of a 1TB or 2TB Rapid Hybrid Drive.

And in its base, users will find all of its connectivity options, there's an audio jack, an SD card reader, Mini-DisplayPort, Ethernet, and four USB 3.0 ports.

However, the cool thing about the Surface Studio is that it can be folded nearly flat onto the table. That’s not new, but what’s new is that in this mode users can use the new Surface Dial accessory to interact with the Surface Studio to give more freedom and make creating content for effective for various types of content creators. 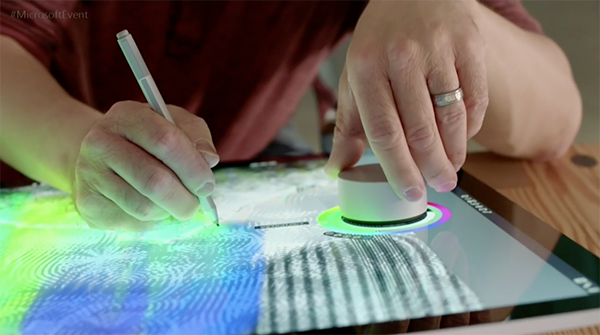 Surface Dial is a product meant to help creators change and speed up their workflows. It can be used on the desk or on the Surface Studio's display itself to create radial menus for quick actions and processes. It looks pretty nifty, and has to be seen in action to fully appreciate how it works. The Surface Dial will also work with Surface Pro 3, Surface Pro 4, and the Surface Book.

Here are then are the Surface Studio models, price points and availability:-

Retail availability is expected to be later this holiday season, but only in limited quantities and not all models of the Surface Studio are available.

Join HWZ's Telegram channel here and catch all the latest tech news!
Our articles may contain affiliate links. If you buy through these links, we may earn a small commission.
Previous Story
Here’s how Office for Mac will work with the new MacBook Pros with a Touch Bar
Next Story
The next major Windows 10 release will be called the Creators Update