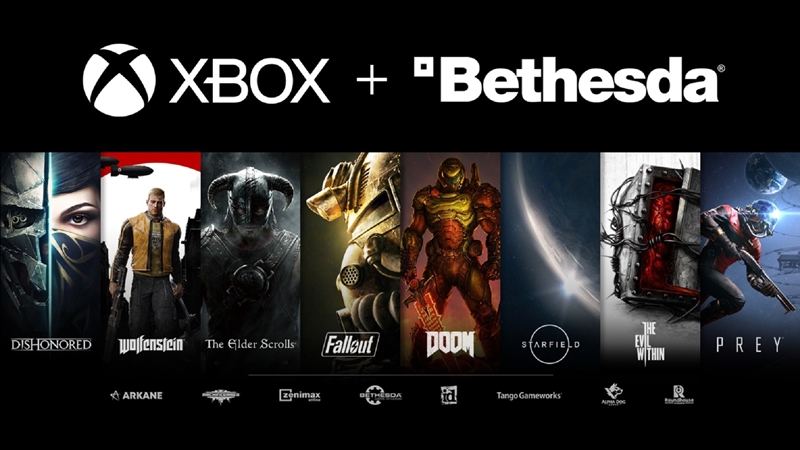 Earlier this week, the European Commission finally gave Microsoft the green light to go ahead with its proposed acquisition of ZeniMax Media, the parent company of prominent games studio Bethesda Softworks. The latter, which has so far churned out gems like Doom and Fallout will subsequently reside under the Xbox umbrella. More importantly, this newest addition to the roster means Microsoft now controls 23 first-party game studios in total, factoring in Bethesda's own medley of sub-studios, like Arkane and Tango Gameworks.

According to the ruling and justification provided by the EU, Microsoft's acquisition of ZeniMax for US$7.5 billion "does not raise serious doubts as to its compatibility with the common market.". In layman's terms, this means that allowing the software giant's proposal to go through will not significantly affect the market at large or threaten a monopoly.

Putting the economics jargon aside, the other big point is that the acquisition will also affect the production and platform-exclusivity of future Bethesda titles, though that concern seems to have already been cleared up. Upon receiving the green light from the EU, Microsoft had immediately proceeded to clarify that the purchase will not affect player experiences and that Bethesda will continue to operate as a separate business with their existing management.

This stance is backed up by a previous report done by Bloomberg in September last year (thanks!), which notes that the software giant intends to uphold existing arrangements for games such as Deathloop and Ghostwire: Tokyo, which are timed PS5-exclusives. Cutting the long story short, we'll still be able to enjoy our games as per normal.

However, making that compromise hasn't stopped Microsoft from tossing in existing Bethesda titles into the Xbox Game Pass library. Granted, we don't know any of the specifics yet, but Microsoft apparently intends to upload a video sometime this week (presumably on Thursday) summarising all the post-acquisition changes for Game Pass subscribers. Apart from the addition of existing titles into the Game Pass repertoire, this presentation might also tease some of the future Bethesda Xbox exclusives, and the Indiana Jones project that they're currently working on with Lucasfilm seems to be a likely choice.