Micron confirms that GDDR5X has reached mass production ahead of time

Micron confirms that GDDR5X has reached mass production ahead of time 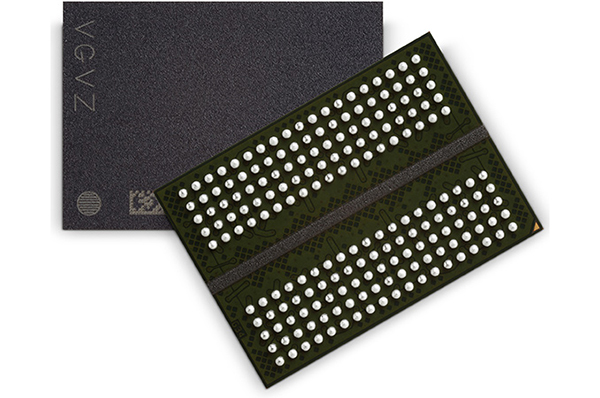 Micron has confirmed that GDDR5X is now in mass production, after announcing back in February that it hoped to achieve this by the summer of this year. This means that it has hit its target well ahead of schedule, even if the announcement seems a bit anti-climactic since we already know that the NVIDIA GeForce GTX 1080 uses GDDR5X memory.

The standard for GDDR5X was also only published by JEDEC in January, and the developmental timeline thus far appears to have proceeded fairly quickly.

One of the main benefits of GDDR5X over the older GDDR5 standard is its use of quad-data rate (QDR) instead of double-data rate (DDR) mode, which allows it to achieve data rates up to 13Gbps or even higher. On that note, one interesting takeaway is the fact that the new GeForce GTX 1080 card only uses 10Gbps memory, which seemingly puts it on the low end of what GDDR5X can theoretically achieve.

With that said, Micron may have wanted to start low, in order to give it more headroom to scale up in the future.

On AMD’s end, the company hasn’t confirmed if it will use GDDR5X in its upcoming Polaris products, with rumors suggesting that HBM may be a possibility as well. However, given the fact that NVIDIA is only using GDDR5X memory in its top-end GeForce GTX 1080 – with the GeForce GTX 1070 using GDDR5 – it looks like GDDR5X is still fairly expensive.

Furthermore, HBM2 is still the goal in the long term, and it is difficult to say what this means for GDDR5X’s position in the market. Right now, it looks like GDDR5X may simply be a stopgap measure for AMD and NVIDIA to achieve higher memory bandwidths while waiting for the costs involved in HBM2 production to come down. If and when that happens, GDDR5X’s fate is anyone’s guess.

Micron is currently the sole supplier of GDDR5X memory.

Join HWZ's Telegram channel here and catch all the latest tech news!
Our articles may contain affiliate links. If you buy through these links, we may earn a small commission.
Previous Story
Changi Recommends now lets you pre-purchase overseas attraction tickets at discounted rates
Next Story
Subaru celebrates 50 memorable years of boxer engines