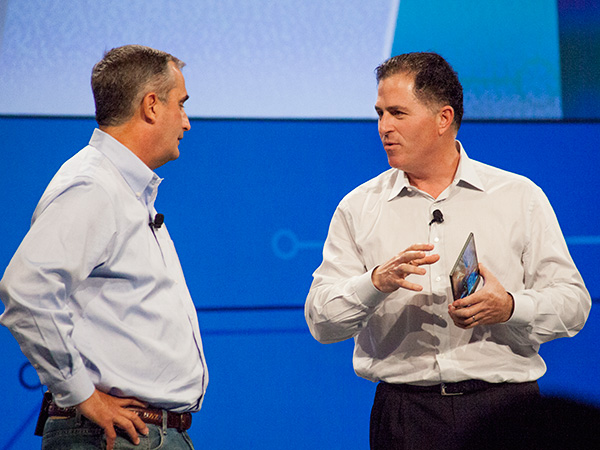 Intel CEO, Brian Krzanich, along with Michael Dell made a surprise announcement at Intel Developer Forum this morning with the unveiling of what is claimed to be the world's thinnest tablet, the Dell Venue 8 7000.

The upcoming tablet measures only 6mm in thickness and will come equipped with an Intel Atom Z3500 processor. It is also the first Android tablet to feature Intel's RealSense 3D camera that enhances photography by creating a high-definition depth map to enable measurement of objects and refocus of images (similar effect as Lytro's light field digital camera). Intel expects RealSense to change how tablets are used while opening up a new creative horizon for developers to come up with apps that gives consumers new ways to engage with their photos. 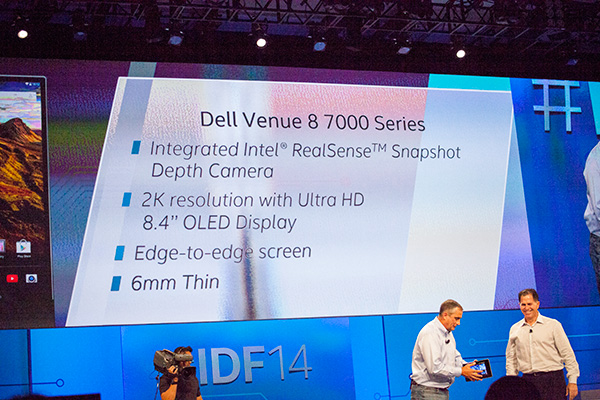 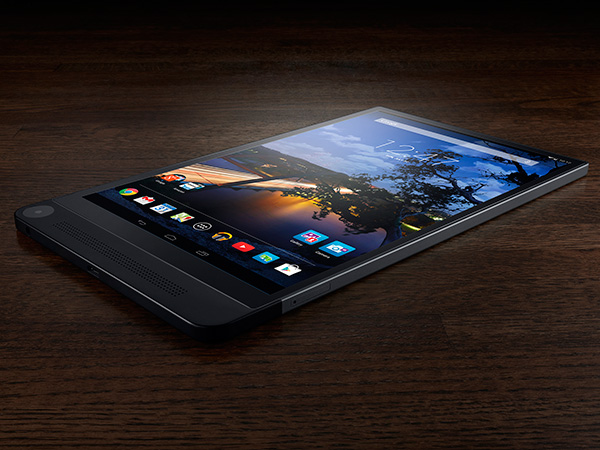 Full specifications were not revealed and neither do we have pricing details. But according to Michael Dell, the new device will be available in November, in time for the holiday season.

Join HWZ's Telegram channel here and catch all the latest tech news!
Our articles may contain affiliate links. If you buy through these links, we may earn a small commission.
Previous Story
Raidon's new InTank iR2770 internal RAID module lets you put two drives in RAID 0 or 1 easily
Next Story
Intel to guarantee Android updates within 2 weeks of Google's release