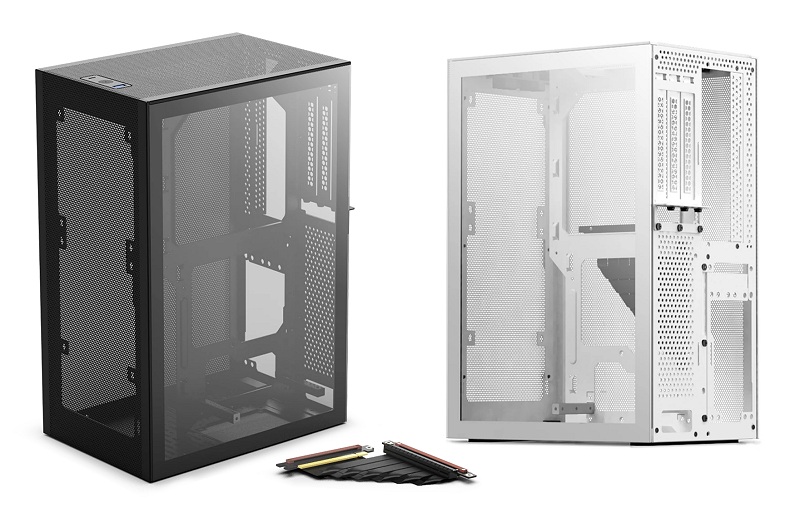 Ssupd, which stands for "Sunny Side Up Design", is Lian Li's sister company and they've released their first case called the Meshlicious. If their marketing is anything to go by, it is capable of housing components with wildly different dimensions in a mini-ITX based enclosure. In comparison, Lian Li’s O11 Dynamic Mini is also an ITX case, but it comes in at 43 litres in volume; by contrast, Meshlicious is almost three times less at just 14.6 litres.

If it isn’t as distinct as the design yet, Meshlicious derives its name as a portmanteau from “mesh” and “delicious”. This case is basically plastering a mesh panel at every possible sides of the case, which emphasises on the airflow-oriented design (though dust collection could be an issue). That being said, Ssupd does offer an option to purchase tempered glass side panels as an add-on.

Liquid or Air Cooling? Why not both?

Small form-factor cases may come with thermal dissipation and fitting restrictions that limit the size of components that can fit into a given space, and higher-powered ones usually require bigger heat-sinks or AIO liquid cooling units to draw heat away effectively. This chassis attempts to alleviate some of these problems by allowing users to orient the components in two distinct ways, which we will cover later on.

Let's start on the options available to cool the CPU; this chassis allows for either air or liquid cooling. For AIO liquid cooling units, the front is the only place to fit the radiators and it can fit three sizes: a single 280mm, a single 240mm, or a pair of 120mm fan based radiators. As for air coolers, the thickness of the graphic card affects the maximum CPU cooler height so for a three-slot graphics card, that height is 73mm and it goes down to 53mm with a four-slot graphics card. 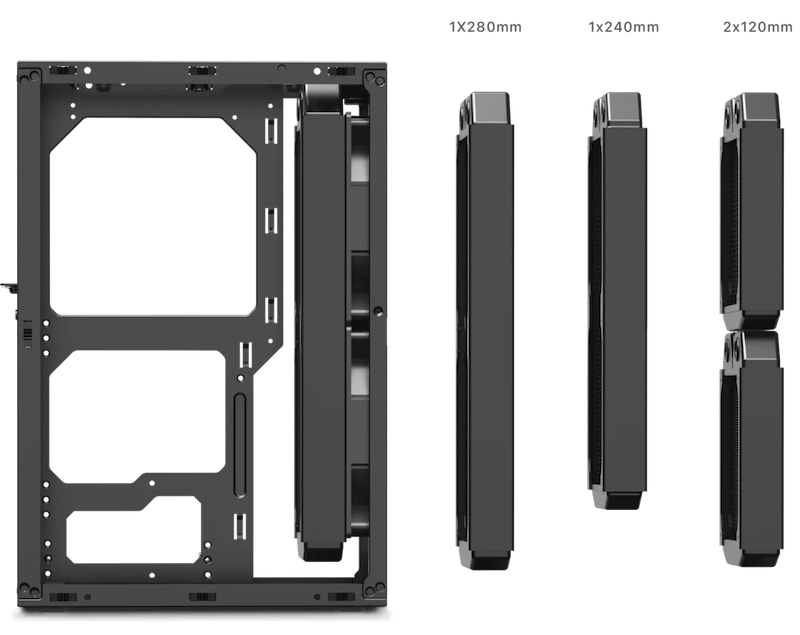 And while we're on the note on the graphics card, this chassis allows for it to be mounted either horizontally or vertically. In terms of dimensions, it can fit a full-length GPU of up to 334mm in the vertical position, or a smaller one of up to 211mm in the horizontal position if you skip the radiator.

Since the motherboard and graphics card is not adjacent to each other, an included PCIe Gen 3 riser cable bridges the connection, and Ssupd has handily provided a right-angled HDMI cable as well if required. There’s also an option to get the PCIe Gen 4 riser cable, but that's only available at a later point in time. Also, the top-panel connectors feature a single USB Type-C 3.1 Gen 2 and USB 3.0 ports. 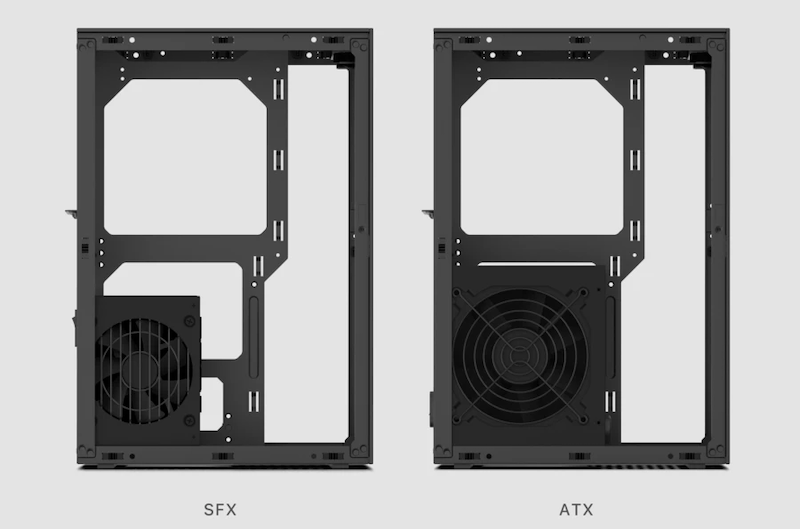 Although the chassis can fit other kinds of bigger components like an ATX power supply that's within 170mm and a pair of 3.5-inch hard drives, that depends entirely on the orientation and dimension of the graphics card, which may also affect the type of CPU coolers that's compatible.

Two Ways About It

The first method would fit a full-length GPU and an AIO liquid cooler; this means orienting the graphic card in the vertical position, as this gives the front panel of the case ample space to fit both the fans and liquid cooler.

However, a thicker GPU shroud would narrow down the space for the power supply, which might mean going SFX or SFX-L. In this instance, it is possible to mount up to three 2.5-inch drives at the bottom part of the case. 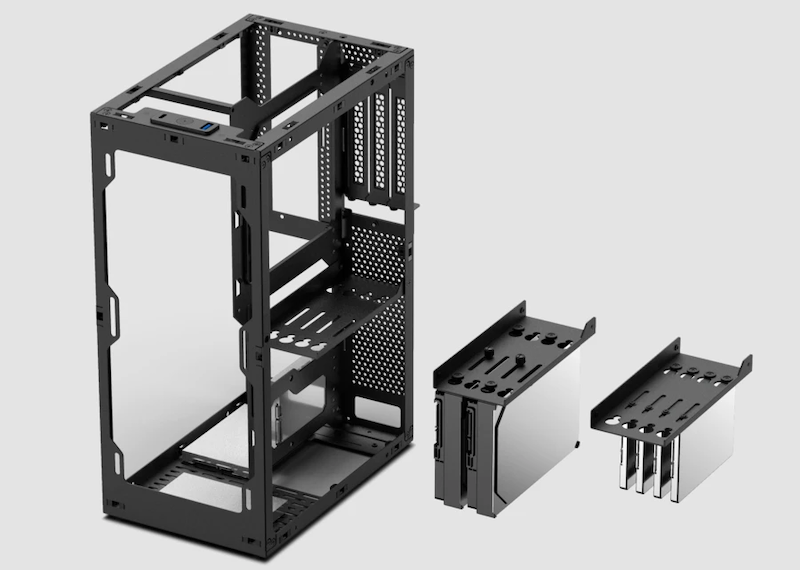 The second method of building in this case is to mount the GPU horizontally, with the front panel populated by a pair of 120mm or 140mm fans to provide airflow to the components. And as mentioned above, the maximum height of the air cooler is limited to either 73mm for a three-slot GPU or 53mm for a four-slot GPU.

This method opens up space at the bottom for the drive cage where two 3.5-inch hard drives or four solid-state drives can fit, along with an ATX power supply.

As for availability, local distributor Corbell has partnered with Aftershock PC to launch the Meshlicious case and it's available for preorder on Aftershock's site. Both the black or white model retails for S$185, and while they're only offering the PCIe 3.0 model for now, the PCIe 4.0 riser will be available on sale at a later point in time.

Join HWZ's Telegram channel here and catch all the latest tech news!
Our articles may contain affiliate links. If you buy through these links, we may earn a small commission.
Previous Story
Horizon Zero Dawn: Complete Edition is on a hefty 40 percent discount till 12 Apr
Next Story
The Apple Arcade's biggest expansion yet brings it up to 180 different titles, including Fantasian