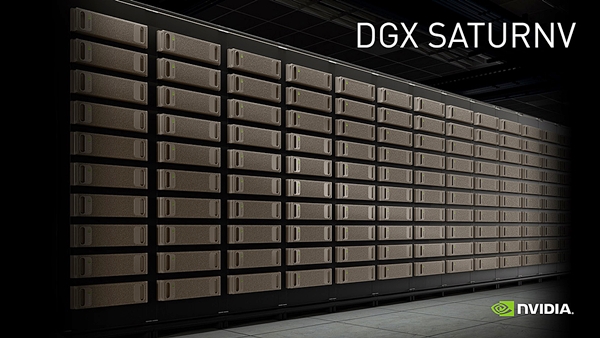 NVIDIA has announced DGX SaturnV and touts it as the world's most efficient artificial intelligence (AI) supercomputer! The DGX SaturnV is made up of 125 NVIDIA DGX-1 server nodes; launched in April this year, the NVIDIA DGX-1 is the company’s US$129,000 rack-mounted, deep learning supercomputer that was built from ground up. The Pascal-based Tesla P100 GPU powers the graphic compute work of the DGX-1 server.

In terms of compute capabilities, the AI supercomputer is able to deliver 4.9 petaflops of peak performance for double precision floating point (FP64) operations. In terms of deep learning FP16 (half precision floating point) operations, DGX SaturnV is able to deliver up to 19.6 petaflops of processing speed. To put things in perspective, NVIDIA’s in-house supercomputer ranked No. 28 in the latest TOP500 List’s ranking of supercomputers, thanks to its measured 3.3-petaflop performance. 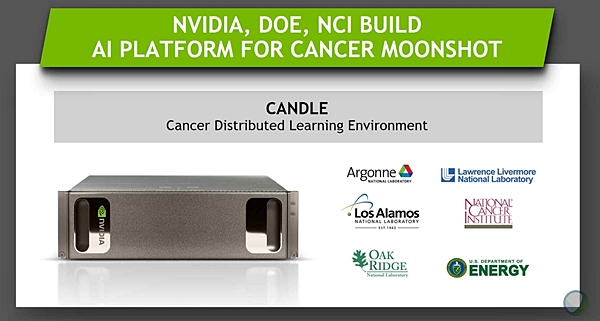 One prominent humanitarian project, Cancer Moonshot, is leveraging on the new AI supercomputer’s deep learning performance. NVIDIA, National Cancer Institute, and the Department of Energy has built an AI development platform, which is named Cancer Distributed Learning Environment (Candle), for Cancer Moonshot. On this platform, Cancer Moonshot aims to build complex data models that will speed up advancements made in cancer detection, prevention, and treatment of the disease. In addition, the DGX SaturnV is also optimized to operate other frameworks that are under the auspice of Candle.

Another accolade of the new AI supercomputer is its power efficiency, and according to NVIDIA, it “delivers 9.46 gigaflops per watt, a 42% improvement from the 6.67 gigaflops per watt delivered by the most efficient machine on the Top500 list released just last June.” The NVIDIA DGX SaturnV is 2.3 times more efficient when compared to another supercomputer of similar performance.

Join HWZ's Telegram channel here and catch all the latest tech news!
Our articles may contain affiliate links. If you buy through these links, we may earn a small commission.
Previous Story
Phil Schiller of Apple reiterates that there will be no touchscreen Macs
Next Story
Samsung acquires Harman for $8 billion to grow its automotive platform