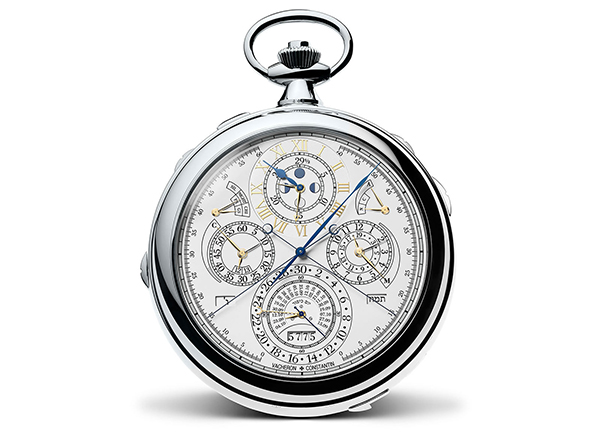 It's no secret that mechanical watches are more complex and difficult to build than a digital quartz watch. A simple three-hand mechanical watch alone usually consists of around 100 or so tiny parts, with some parts only as thick as a human's hair. Imagine then, the complexity involved a building a timepiece that has more complications that an Apple Watch. 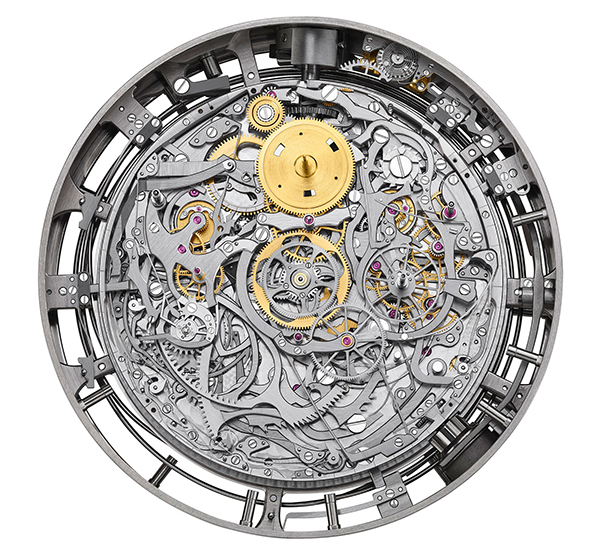 The pocket watch in question is the Reference 57260 "Tivoli", which was commissioned by an anonymous client and built to commemorate Vacheron Constantin's 260th anniversary. It took Vacheron Constantin's 8 years to design and build, and it has two dials and consists of a whopping 2800 parts. It displays so much information that its owner would probably need to take a week-long course just to understand what is going on and how to operate it.

To put it briefly, some notable complications it has includes, a five-gong grande and petite sonnerie, world time, star chart, equation of time, sidereal time, double retrograde split-seconds chronograph, Gregorian perpetual calendar, Hebrew perpetual calendar, lunar calendar, and many, many more. Topping it all off is an advanced triple-axis tourbillon that uses nothing less than a spherical hairspring for better chronometric performance, a rarity amongst even high-end watches.

The 57 complications on the Reference 57260 also means that it dethrones the previous record holder - Patek Philippe's Calibre 89 which has 33 and was made in 1989 to celebrate Patek Philippe's 150th anniversary.

To get an idea of how many complications the Reference 57260 has, check out the images below. 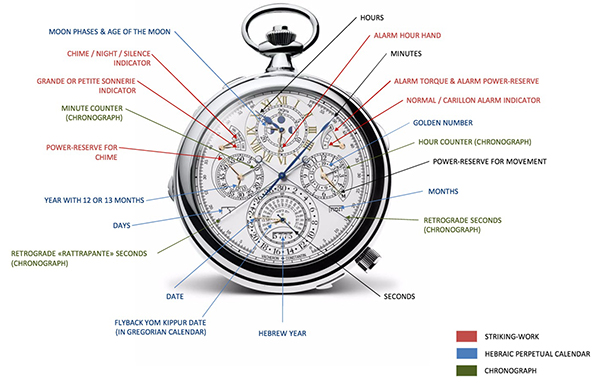 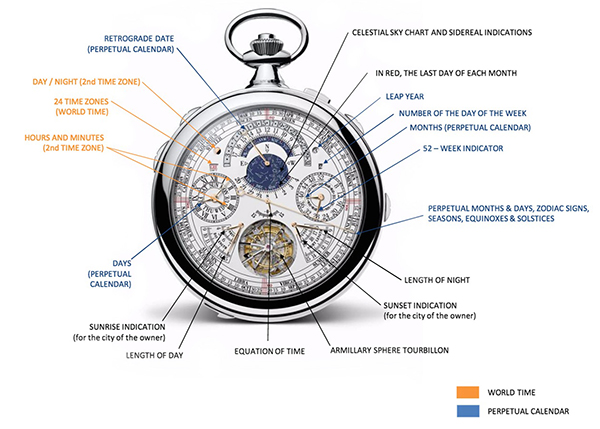 The Reference 57260 is also as big as it is complicated. The white gold case is 98mm in diameter and over 50mm thick. It also weighs slightly less than a kilogram.

Although Vacheron Constantin declined to reveal how much the Reference 57260 cost, watch experts have placed an estimate of well over US$10 million and close to perhaps even US$20 million.

Join HWZ's Telegram channel here and catch all the latest tech news!
Our articles may contain affiliate links. If you buy through these links, we may earn a small commission.
Previous Story
Sony’s A7 series refresh is complete: introducing the updated A7S II
Next Story
Singtel releases its price plans for the iPhone 6S and 6S Plus