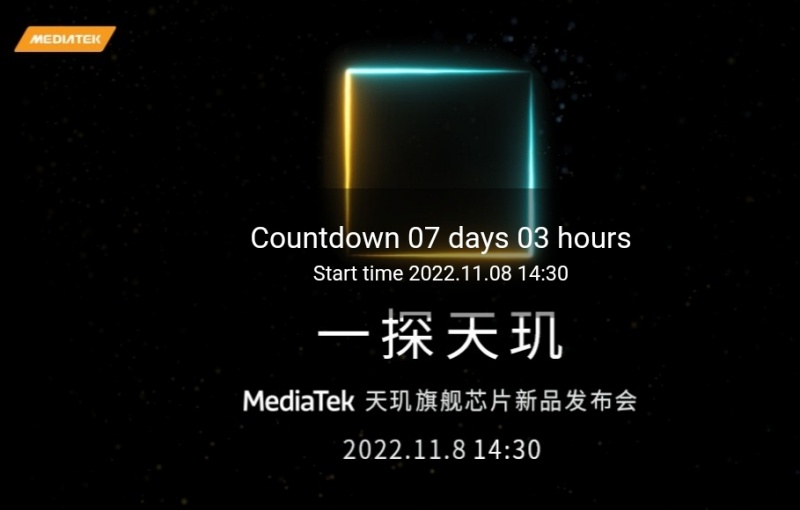 MediaTek plans to announce its next flagship chipset ahead of Qualcomm's Snapdragon summit.

Tipster @yabhishekhd shared on Twitter that MediaTek is holding an event on 8 November from 2.30 pm to 3.30 pm. Rumours suggest that the upcoming chip is the Dimensity 9200, which is said to have a Cortex-X3 prime CPU core that offers 25% better performance against the Dimensity 9000.

MediaTek's event will come a week earlier than the Qualcomm Snapdragon summit, which is slated to run from 15 to 17 November. Qualcomm is tipped to unveil the Snapdragon 8 Gen 2, and a new 7-series mobile platform.

Join HWZ's Telegram channel here and catch all the latest tech news!
Our articles may contain affiliate links. If you buy through these links, we may earn a small commission.
Previous Story
Samsung aims to sell 270 million phones in 2023, key focus on foldables
Next Story
Circles.Life rolls out eSIM subscription data roaming plans starting at S$10 a month