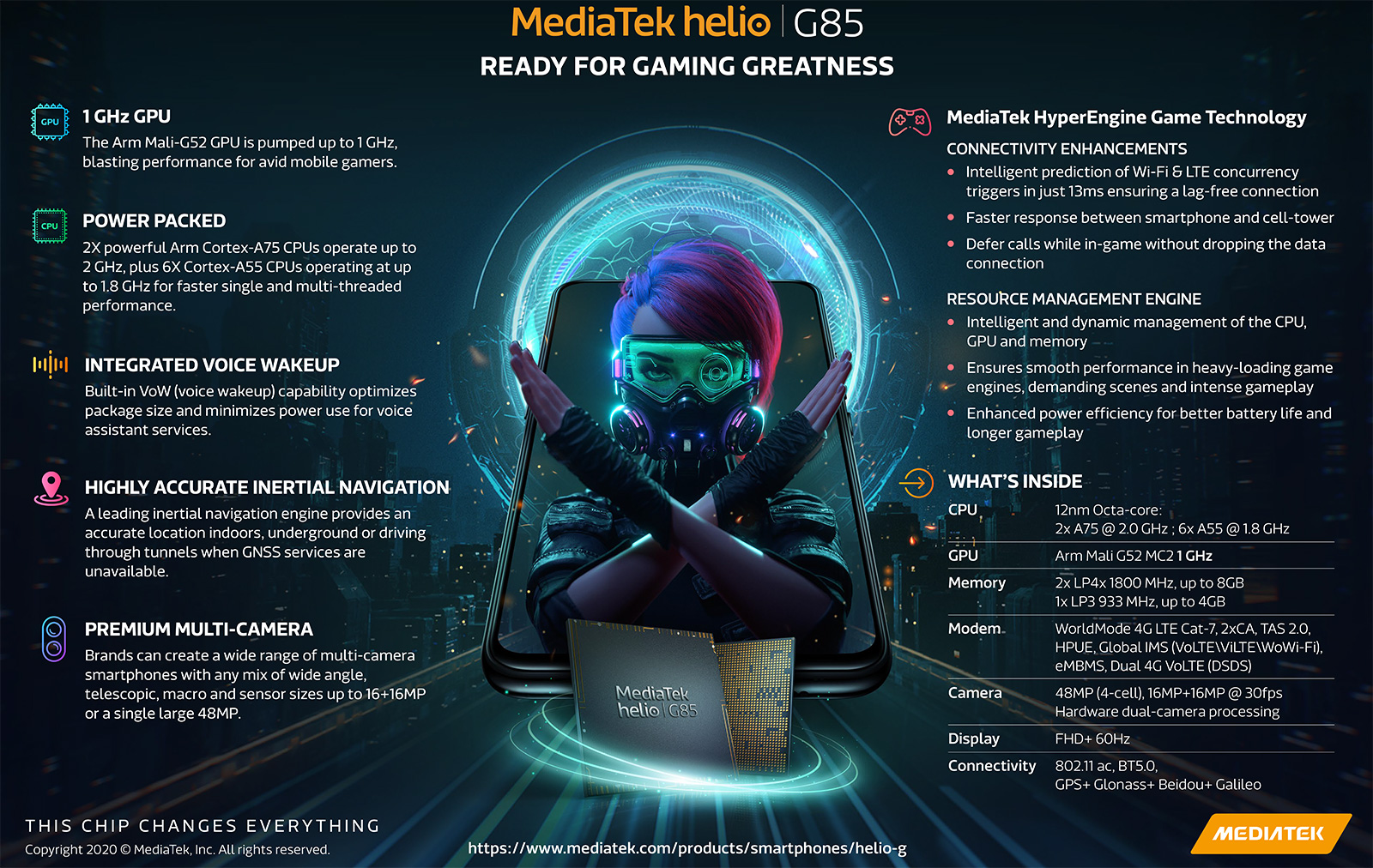 MediaTek has just announced the Helio G85, an enhanced version of the Helio G80 chipset first unveiled in Feb this year.

The 12nm octa-core G85 has two ARM Cortex-A75 processors running at up to 2GHz and six Cortex-A55 processors that top out at 1.8GHz.

It also supports up to FHD+ resolution at 60Hz and 8GB of LP4x RAM. There’s no 5G support, but it can do Cat–7 4G LTE, dual 4G SIM (DSDS) and VoLTE. Wireless connectivity options such as 802.11ac and Bluetooth 5.0 are also onboard.

Additionally, the Helio G85 has the hardware to perform AI camera functions such as object recognition though Google Lens, smart photo album, scene detection and segmentation with background removal and depth of field enhancements. It also supports always-on voice assistants such as Google Assistant thanks to built-in VoW (voice wakeup) capabilities.

If the phone manufacturer opts for a multi-cam setup, the SoC is able to handle up to dual 16MP sensors or a single 48MP sensor, with support for dual-cam bokeh captures and 240fps recording.