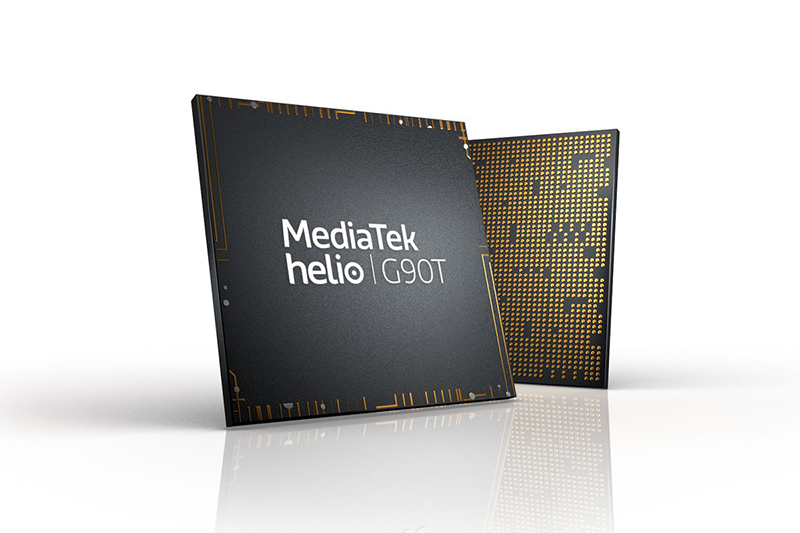 MediaTek has announced the Helio G90 and G90T, its latest flagship processors designed with a focus on mobile gaming. The Taiwanese chip manufacturer is introducing something it calls HyperEngine technology, which comprises several features that improve the experience of smartphone games, such as a more responsive touchscreen.

Both the Helio G90 and G90T are octa-core parts that can clock up to 2.05GHz. They use the same ARM Cortex-A76 and A55 cores as the latest chips from Qualcomm and Huawei, featuring also a Mali-G76 GPU that boosts up to 800MHz. In addition, they'll support up to 10GB of LPDDR4X RAM at up to 2,133MHz. Compared to LPDDR4, LPDDR4X offers a nearly 50 per cent reduction in I/O voltage and a higher maximum data rate.

The new G90 processors are the first SoCs in MediaTek's gaming-focused G-series. They also come with a so-called "rapid response engine" to make the touchscreen feel more responsive, which might help with making your games feel more fluid.

On top of that, the chips have an intelligent network prediction engine that can reportedly sense when Wi-Fi quality is getting worse and automatically switch to LTE as a backup in a matter of milliseconds, so you don't abruptly lose connection in-game. There's support for HDR10 and 10-bit color depth as well, so the chips will pair well with the latest HDR-enabled smartphone displays.

To cap things off, a resource management engine intelligently manages device resources, such as the CPU and GPU, to ensure optimal performance and higher frame rates in games. According to MediaTek, this helps find a balance between performance and power, so you get a smoother gaming experience and better battery life.

While MediaTek's chips have traditionally found their way into mid-range devices more than flagship models, the company is no doubt hoping that the G90 and G90T will be taken up by gaming smartphones like the ASUS ROG Phone 2 further down the road.