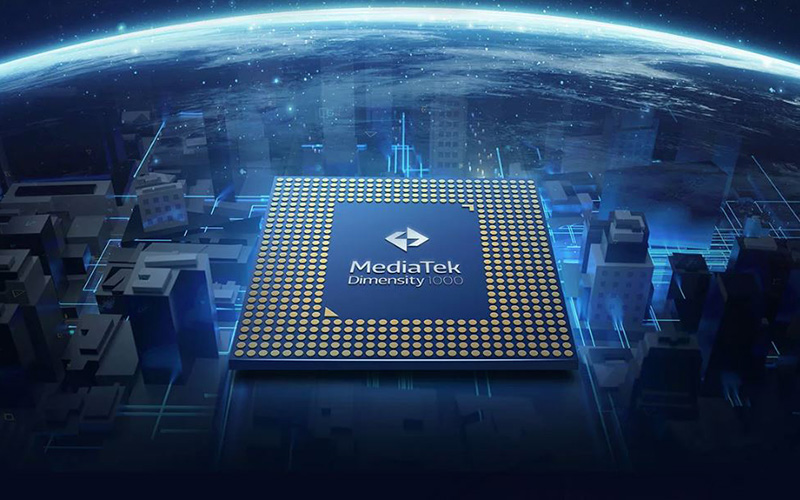 MediaTek has announced the Dimensity 1000 5G SoC, part of a new family of powerful 5G SoCs that want to offer class-leading connectivity, multimedia, imaging, and AI features on high-end smartphones. The chip is part of a rebranding of the company's SoC line-up moving forward, and the Dimensity name is supposed to signify the start of a new generation of chips and differentiate them from the older 4G Helio models.

The Dimensity 1000 SoC features four ARM Cortex-A77 cores operating up to 2.6GHz and four power efficient ARM Cortex-A55 cores that can ramp up to 2.0GHz. The four "big" cores should make the Dimensity 1000 very competitive against other high-end chips, and it's a new start from a company that has traditionally focused on the mid-range market.

In addition, the chip utilises a Mali-G77 MC9 GPU for streaming and gaming at 5G speeds. There's also a dedicated AI processing unit, the APU 3.0, that supposedly doubles the performance of the previous generation.

That said, the integrated 5G modem is probably its biggest feature. According to MediaTek, it is capable of download speeds of up to 4,600Mbps thanks to 2x carrier aggregation, and upload speeds of up to 2,500Mbps over sub-6GHz networks. The latest Wi-Fi 6 and Bluetooth 5.1+ standards are supported too for faster local wireless connectivity.

On the imaging front, the SoC combines a five-core image signal processor (ISP) with MediaTek's Imagiq+ technology, which lets it support up to 80-megapixel camera sensors and a range of multi-camera setups, including 32- and 16-megapixel dual cameras. The Dimensity 1000 also supports 4K60 encoding, but it is capable of AV1 video decoding as well, reportedly a first for a mobile SoC. AV1 is the successor to the VP9 codec, and it's a nice touch in terms of future-proofing.

Devices featuring the new SoC should debut in the first quarter of 2020.