Don't cross Matthew McConaughey in the new trailer for The Gentlemen

Don't cross Matthew McConaughey in the new trailer for The Gentlemen 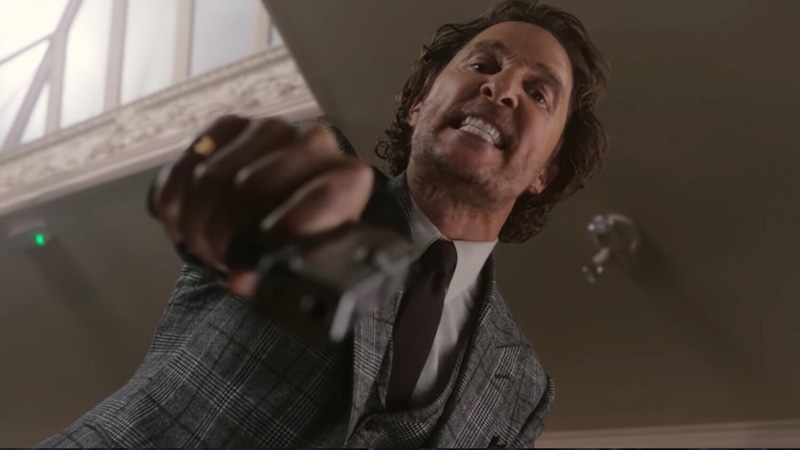 STXfilms has just released a new trailer for The Gentlemen, featuring Guy Ritchie’s grand return to his usually excellent fare of action comedies.

The movie follows Matthew McConaughey as American expat Mickey Pearson, who has built up a highly successful marijuana empire in London. When word gets out that he’s looking to cash out of his business for good, it triggers all manner of plots, schemes, bribery and blackmail in an attempt to steal his domain out from under him.

It seems like the world of fantasy hasn’t treated Guy Ritchie too well (King Arthur, Aladdin), so he’s returned to what he does best. The writer-director has quite the long career of fantastic crime-dramedys, with classics like Lock, Stock and Two Smoking Barrels, Snatch and Rocknrolla under his belt. My personal wish is that he’d return for a Sherlock Holmes 3, though.

The Gentlemen has quite a strong cast. It stars Charlie Hunnam, Henry Golding, Michelle Dockery, Jeremy Strong, Eddie Marsan, Colin Farrell and Hugh Grant. The movie will be released sometime in early 2020.