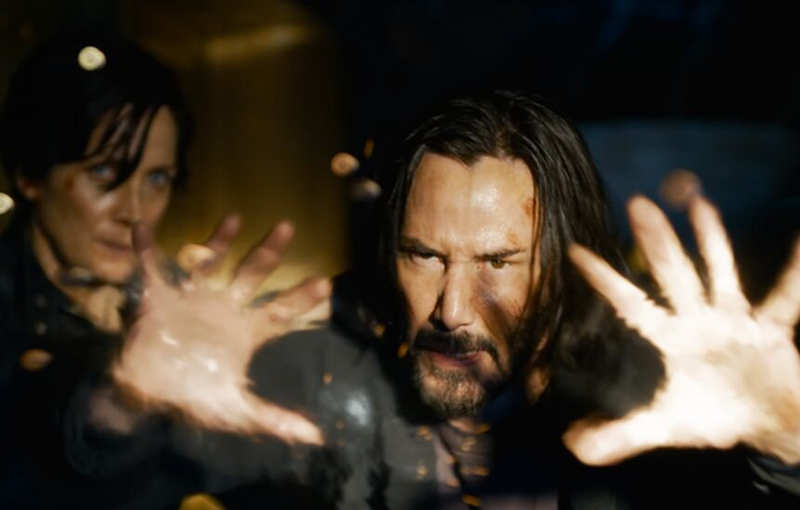 What in simulation Earth is going on here?

Warner Bros. Pictures have finally released The Matrix Resurrections’ first trailer, and it’s packed with visuals that’ll probably be familiar to fans of the original trilogy. The movie will hit theaters on 22 December, 2021.

This trailer focuses on Keanu Reeves and Carrie-Anne Moss returning as Neo and Trinity - protagonists from the original films who have seemingly returned from the dead. Resurrections has the characters once again in a simulation world with no memory of their past adventures, though Neo doesn’t seem to trust his surroundings. During a therapy session, he says that he’s been having strange dreams - and they are later vindicated when new faces show up to pull him from this artificial world. Violently.

Yahya Abdul-Mateen II appears in a Morpheos-like role, down to offering Neo red and blue pills and training him in a dojo. Neo himself has grown out his beard and hair, and seems to be an actor in a world where the original Matrix trilogy were films he starred in - given that we also see footage from the trilogy being projected in the background of a few shootouts. Jonathan Groff talks to him about ‘returning to the Matrix’ at the end of the trailer, further cementing that theory.

Join HWZ's Telegram channel here and catch all the latest tech news!
Our articles may contain affiliate links. If you buy through these links, we may earn a small commission.
Previous Story
Vivo X70 series phones get a global launch, packing ZEISS optics and 5G support
Next Story
Grand Theft Auto 5 and GTA Online's next-gen console upgrades have been delayed to 2022