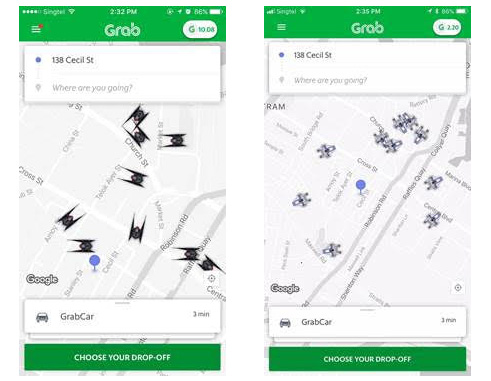 We’ve got about just about a month before the latest Star Wars movie (Star Wars: The Last Jedi) hits theatres, but Grab is already getting in the mood with a Star Wars campaign, where every ride you take gets you a better chance at redeeming exclusive Star Wars: The Last Jedi premiums, and a chance to win an all-expenses paid trip for two to the world’s largest privately-owned Star Wars memorabilia museum, Rancho Obi-Wan in San Francisco, California, USA.

The campaign runs from now to mid-December, and there will be weekly battles between the riders as they choose either the Resistance or the First Order. As you can see from the infographic below, “recruiting” for your side starts from now till the 20th, and the side with larger numbers will unlock a chance to win the respective droid in a lucky draw later.

It’s not all about recruitment though, as an in-app quiz will help determine which Lego set you can win. There’s a Star Destroyer set and a Resistance Bomber set available, so start brushing up on your Star Wars trivia!

Join HWZ's Telegram channel here and catch all the latest tech news!
Our articles may contain affiliate links. If you buy through these links, we may earn a small commission.
Previous Story
The affordable BenQ CineHome W1700 is a 4K DLP projector that also supports HDR10 and 3D
Next Story
The new Razer BlackWidow Ultimate will now resist water and dust with an IP54 rating