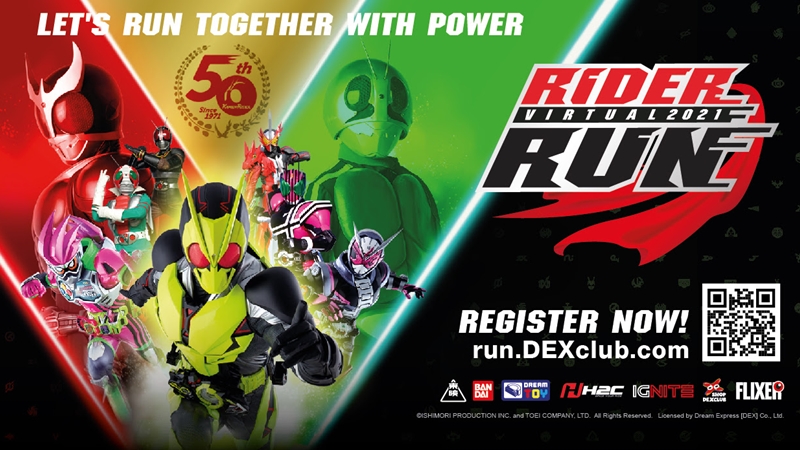 From shows like Gundam and Super Sentai to game franchises such as Mario and Pokemon, it's fair to assume that we've all interacted with one Japanese entertainment icon or the other at some point in our lives. Most, if not all of these icons have well-entrenched fanbases with members from across the globe, consisting of dedicated gamers, theorists, and collectors who are always on the hunt for their next limited-edition piece.

Speaking of collections, Kamen Rider fans (or Masked Rider, if we're using the English translation) might want to add a couple of items to their stash by registering for the Rider Virtual Run 2021. Organised by Dream Express Company Limited, Thailand's official licensed franchise representative in collaboration with Toei Company, the event aims to celebrate the 50th Anniversary of the popular Japanese entertainment series as well as encourage fans to maintain an active lifestyle. Registration for the event will be open from now till 31 Oct, and all participants from Hong Kong, Malaysia, Singapore and Thailand are welcome to do so.

However, the bigger question right now is probably how this "Virtual Run" would be conducted. It's simple, actually - all you have to do is sign up for one of the two available running distances (15km and 50km), cover it at your own pace, and submit your progress using one of the event-compatible apps. Of course, you won't have to run the entire distance at once - participants can split up the run into as many intervals as they want, as long as they complete and submit their registered distance by 30 Nov 2021.

Naturally, such a task requires a huge incentive, and for this event, there are actually numerous choices you can choose from. Depending on which distance you register (and pay) for, you can claim one of several collector's packages, as shown below. Additionally, those who sign up on the official website during the early bird period will also snag themselves an exclusive 50th Anniversary Masked Rider keychain. 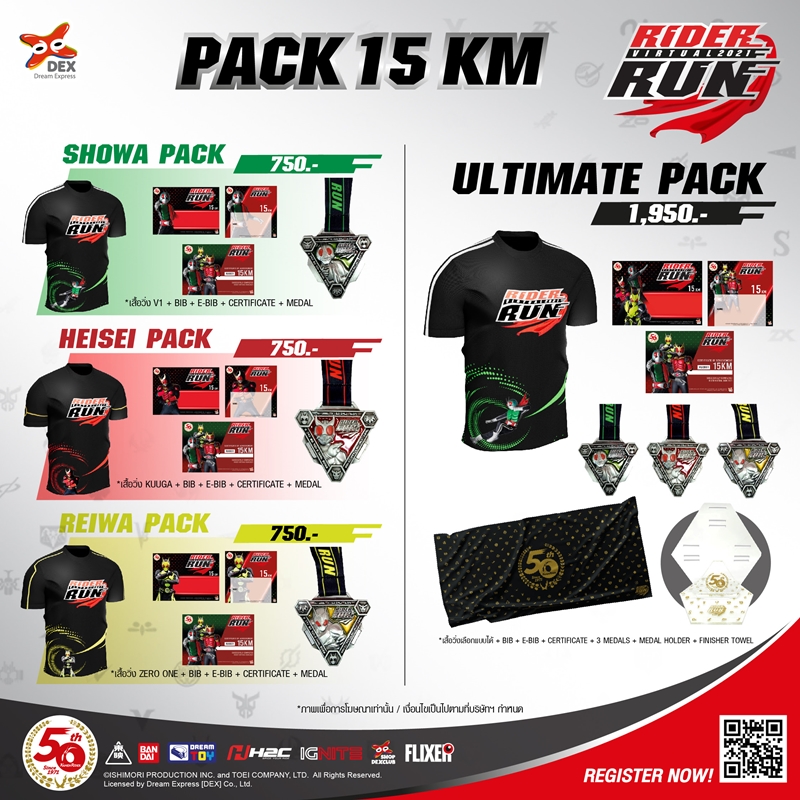 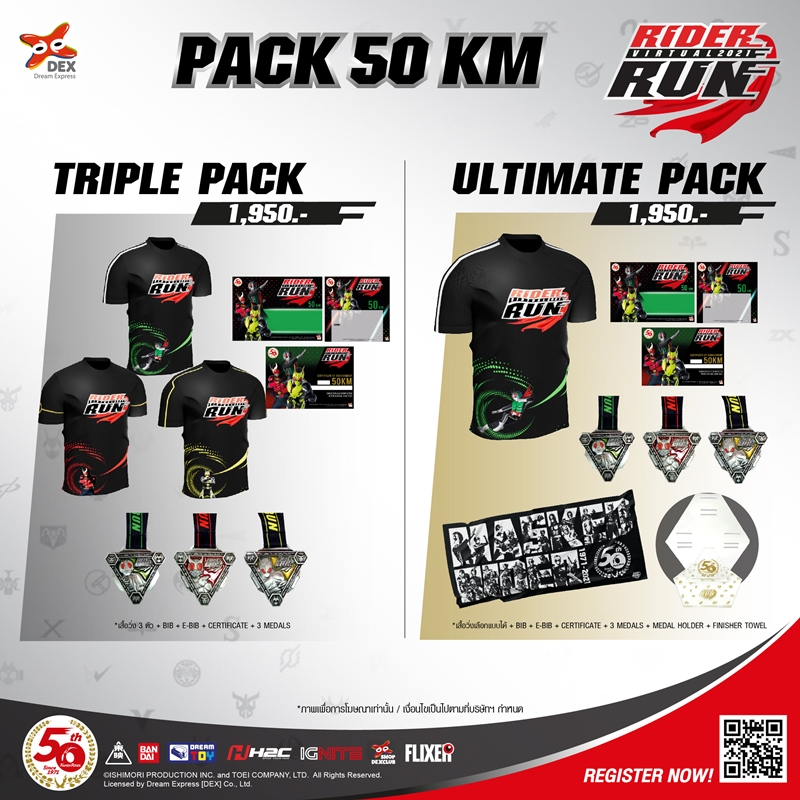 After paying the registration fee, you'll be able to claim the "Race Entitlements" like the themed T-shirts, RIder Belts, and Medal Stand, while the other half of your package, called the "Finisher Entitlement" can only be claimed once you complete your registered distance. Unfortunately, the current website has yet to be updated with the registration prices for those of us here in Singapore, so local Kamen Rider fans will probably have to sit tight for a bit before we can get started on our runs.

Frankly, even if you aren't that into the Kamen Rider series yourself, perhaps you might know somebody who wouldn't mind getting their hands on some of these items, so why not register for it with them? Not only is it a great way to work off your "investments" after the recent durian season here, but it's also a great way to kick-start a regular running habit, and that's always a good thing to cultivate!

For more information on the event, registration, items, and compatible mobile apps do check out the official Rider Run page.

Join HWZ's Telegram channel here and catch all the latest tech news!
Our articles may contain affiliate links. If you buy through these links, we may earn a small commission.
Previous Story
Nintendo Switch OLED model with 7-inch display to launch on 8 Oct
Next Story
The new Tales of ARISE opening movie from Ufotable has us more excited than ever