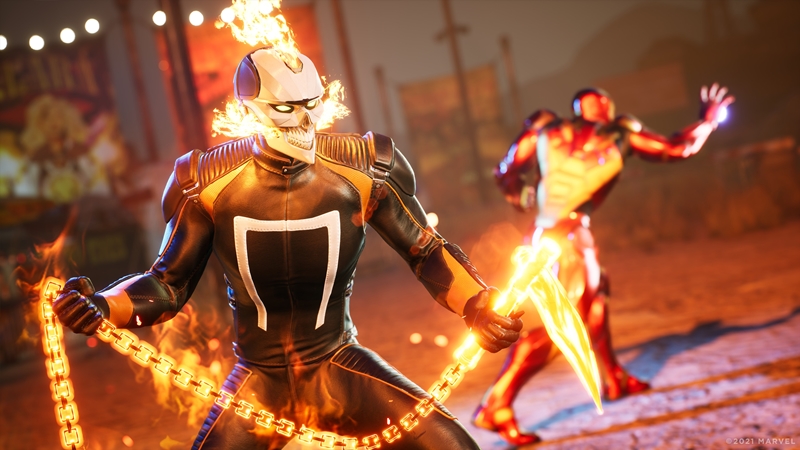 Although most of us are no stranger to card-based character controls at this point, seeing XCOM developer Firaxis Games show off their own take on the concept is certainly a breath of fresh air. Not to mention that it’s for a cool-ass Marvel game to boot.

During last week’s Gamescom Opening Night, the studio unveiled an all-new tactical RPG called Marvel’s Midnight Suns, which will let players pit beloved characters like Wolverine, Ghost Rider, Blade, and many others against a new world-ending threat posed by the demoness Lilith.

But while the teaser trailer was certainly flashy, what it didn’t cover was the format of the game itself. Following the game’s reveal, Firaxis added that Midnight Suns wouldn’t be adopting the XCOM gameplay formula, meaning community forums were rife with speculation on what form this new game would take.

Fortunately, we can finally put all of those speculations to rest, because Midnight Suns will apparently feature a card-based action system. Apart from basic cards like “Slash” and “Whip”, there also appear to be cards allocated for special techniques, though we’re still unsure as to how the whole system synergises right now.

However, what we do know is that apart from the card system, the enemy encounters will be taking place within arenas, not unlike the ones we currently have in XCOM, and that may or may not make it easier for franchise veterans to get into the swing of things. Additionally, the developers have also noted in a tweet that the game will not require players to fork out real money to optimise their characters for gameplay, and that's great news for all of our bank accounts.

Rather, the only thing purchasable with real money will be cosmetic items that have no bearing on in-game performance, though it goes without saying that your heroes will certainly get a couple of metaphorical style points if you do end up buying them. Regardless, all that’s left is to count down the days left till March 2022 – Firaxis hasn’t provided us with a concrete date, but with about six or seven months left on the development clock, they probably aren’t rushing that out any time soon.

Join HWZ's Telegram channel here and catch all the latest tech news!
Our articles may contain affiliate links. If you buy through these links, we may earn a small commission.
Previous Story
Secretlab marks its next phase of growth and expansion with new Global HQ and R&D Center
Next Story
Top Gun: Maverick and Mission: Impossible 7 delayed due to the pandemic