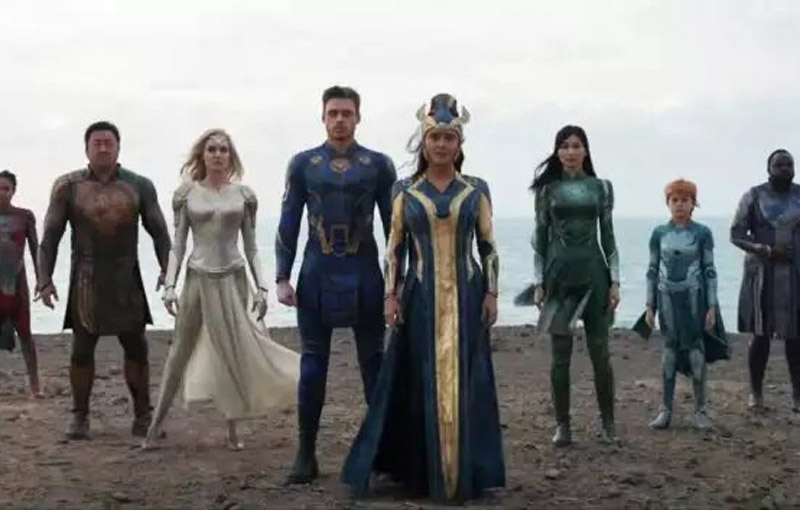 The Eternals are finally revealing themselves.

Marvel Studios has finally released the first trailer for Eternals, a blockbuster movie set to introduce the Marvel universe’s oldest and most secretive superhero family. After spending eons hiding amongst humans on Earth, the Eternals are forced to reunite against an old threat.

Eternals is an ensemble feature with a story spanning thousands of years. The movie follows a group of immortal heroes forced out of the shadows to reunite against mankind’s oldest enemy: The Deviants. The Eternals make for a formidable team, too. Each of them were born with a powerful ability - such as the speedster Makkari, or the inventor Phastos. It looks like the Eternals have spent a lot of time apart in modern times - living in different places all around the world.

Fun fact: in the comics, Thanos was a cousin to two of the Eternals: Ikaris and Thena. If the MCU chooses to keep his Eternal bloodline intact, it’d be pretty messed up that none of these heroes fought back his invasion of Earth in Avengers: Infinity War and Avengers: Endgame. Then again, maybe they were helping out unseen - who knows? A scene at the end of the trailer has the family sharing a meal together and discussing who might lead the Avengers next, so they’re obviously aware of these events.

Eternals has a pretty stacked ensemble cast. According to Disney, the movie includes:

Eternals comes from director Chloe Zhao, who recently won big at the Academy Awards. The movie hits theaters on 5 November, 2021. A couple of MCU entries will arrive first: Black Widow and Loki.

Join HWZ's Telegram channel here and catch all the latest tech news!
Our articles may contain affiliate links. If you buy through these links, we may earn a small commission.
Previous Story
Qualcomm's updated Snapdragon 7c presses for premium features at 40% the price of x86 notebooks
Next Story
NVIDIA's dedicated crypto-mining GPUs are expected to rake in more than US$555 million by Q2 2022