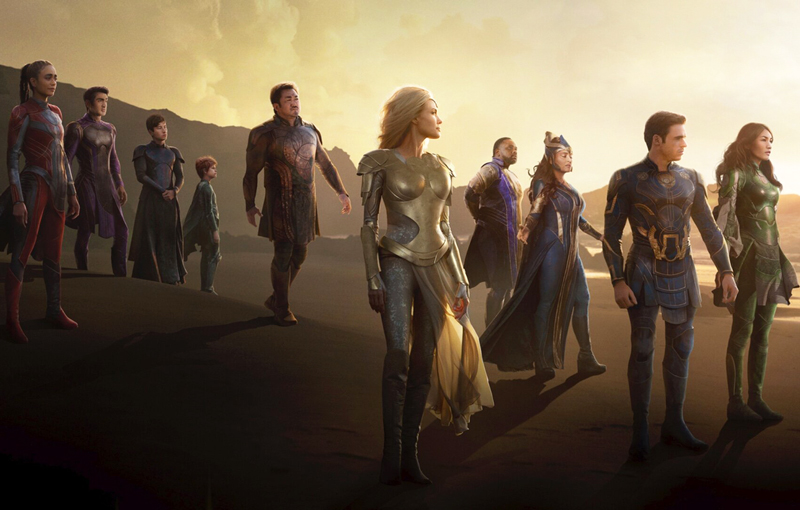 The immortal family is here.

Marvel Studios’ final trailer for Eternals dives deeper into the immortal family of superheroes at the center of its story. This movie takes place right after the events of Avengers: Endgame, with Thanos’ invasion of Earth having kicked off an imminent apocalypse only the Eternals can stop.

The Eternals have been living on Earth among humans for millennia, created by a race of cosmic gods called the Celestials. They were made to fight the Celestials’ ultimate foes: Deviants - which is why they have stayed out of human conflict this whole time. That explains why they didn’t help out the Avengers in saving the world during their battles with Thanos. It just wasn’t their mission.

The trailer also shows off the Eternals’ various abilities, as each member of the family has their own unique powerset. Kingo (Kumail Nanjiani) can shoot energy bolts from his hands like pistols for example, while Ikaris (Richard Madden) is basically Superman, laser vision and all. Salma Hayek (Ajak), Lia McHugh (Sprite), Brian Tyree Henry (Phastos), Ma Dong-seok (Gilgamesh), Angelina Jolie (Thena), Barry Keoghan (Druig) and Gemma Chan (Sersi) round out the cast. Kit Harington also stars as Dane Whitman AKA the Black Knight, one of the few human characters in the story.

According to Marvel, the story of Eternals will span thousands of years - but we can safely assume that most of it will deal with this new post-Avengers: Endgame threat. The film is directed by Choe Zhao, who recently picked up a couple Oscars for directing Nomadland. Eternals will hit theaters on 5 November, 2021. We’ll get to see Shang-Chi before that, and Hawkeye after.

Join HWZ's Telegram channel here and catch all the latest tech news!
Our articles may contain affiliate links. If you buy through these links, we may earn a small commission.
Previous Story
Samsung’s new Galaxy Buds2 feature active noise cancellation, two-way speakers, IPX2 water resistance, and more
Next Story
Bethesda announces yet another Skyrim re-release, this time with fishing