Upgrades for Marvel's Avengers on next-gen consoles have been delayed

Upgrades for Marvel's Avengers on next-gen consoles have been delayed 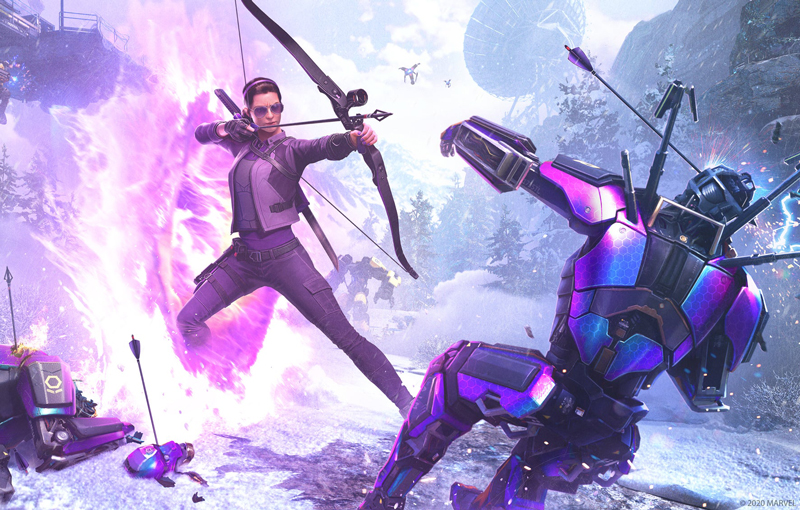 Next-gen will have to wait.

Crystal Dynamics has just announced a couple of delays for upcoming content in Marvel's Avengers. The game will not get its first post-launch hero Kate Bishop anytime soon, and its next-gen upgrades have been delayed as well.

Next-gen upgrades for Marvel’s Avengers were meant to launch on PlayStation 5 and Xbox Series X in 2020, but the developers have pushed them back to 2021. The game will still be playable on next-gen consoles when they launch, with small upgrades such as an increased frame rate and faster loading times.

Kate Bishop was meant to hit Marvel’s Avengers in October, but the character has been pushed back to an unspecified date. Bishop will drop with a new Operation (a story quest), Taking AIM missions and Tachyon Rifts - all of which have been delayed as well. That’s a real pity, considering how much the game currently needs more mission variety.

Crystal Dynamics also plans to add onto Marvel’s Avengers’ late game - which currently involves players running AIM Hives on repeat. The game’s first Omega-Level Threat mission will soon be introduced, titled ‘AIM Cloning Lab’. The mission will only be available for players with a high power level, and can only be played on weekends. The developers claim that it will also have more powerful rewards, but has not specified a release date for the mission.

For now, Crystal Dynamics has shifted their focus to refining gameplay and fixing bugs, rather than releasing new content. That’s the right call for now, considering the game launched in such an incredibly broken and flawed state. As we noted in our review, the game has some fundamental problems in its gameplay loop that need to be addressed too.

Fortunately, Crystal Dynamics is giving away free in-game rewards for those who have stuck around. The ‘thank-you bundle’ will be available for players to claim until November 5, 2020, including the following:

Join HWZ's Telegram channel here and catch all the latest tech news!
Our articles may contain affiliate links. If you buy through these links, we may earn a small commission.
Previous Story
Huawei Mate 40 Pro specs leaked, new photos available
Next Story
Blizzard Entertainment ends development on StarCraft 2 to focus on "what's next"