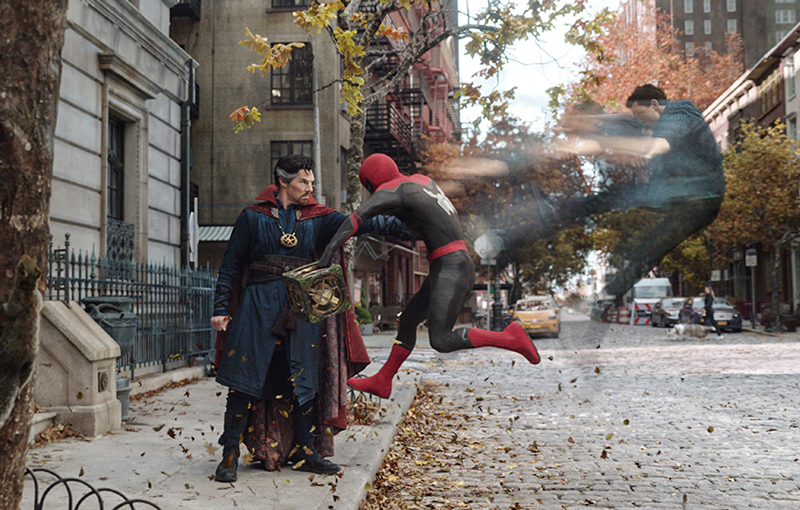 Sony Pictures has finally released the first trailer for Spider-Man: No Way Home after a barrage of leaks and rumours, but it looks like the long wait was worth it. The trailer picks up right after the events of Spider-Man: Far From Home, with the webhead’s secret identity not so secret anymore.

After Mysterio framed Peter for his faux murder and revealed his identity as Spider-Man to the masses, Spidey’s life has been thrown into chaos. Turning to his fellow Avenger Doctor Strange for aid, the two of them carry out a spell to wipe his secret identity from the minds of everyone on Earth - but it looks like their efforts have unforeseen consequences.

One of those not-so-small consequences is the multiverse itself being blown open, with villains from past Spider-Man films returning to make Peter’s life even more difficult. We see Doctor Octopus from Sam Raimi’s films return at the end of the trailer as well as a Pumpkin Bomb and yellow electricity - clearly teasing Green Goblin and Electro respectively. If only Peter had more Spider friends to help him out here, eh?

The Marvel Cinematic Universe seems to be dealing heavily in multiversal shenanigans with Phase 4. Loki first acknowledged the multiverse and alternate timelines, and Doctor Strange will soon have to deal with more of its chaos in his own film next year. Maybe this Spider-Man film will set some stuff up for the Sorcerer Supreme’s next adventure.

Join HWZ's Telegram channel here and catch all the latest tech news!
Our articles may contain affiliate links. If you buy through these links, we may earn a small commission.
Previous Story
Black Myth: Wukong is the first Unreal Engine 5 game to feature NVIDIA DLSS technology
Next Story
NVIDIA's recent earnings call shows their CMP mining cards aren't selling as well as expected