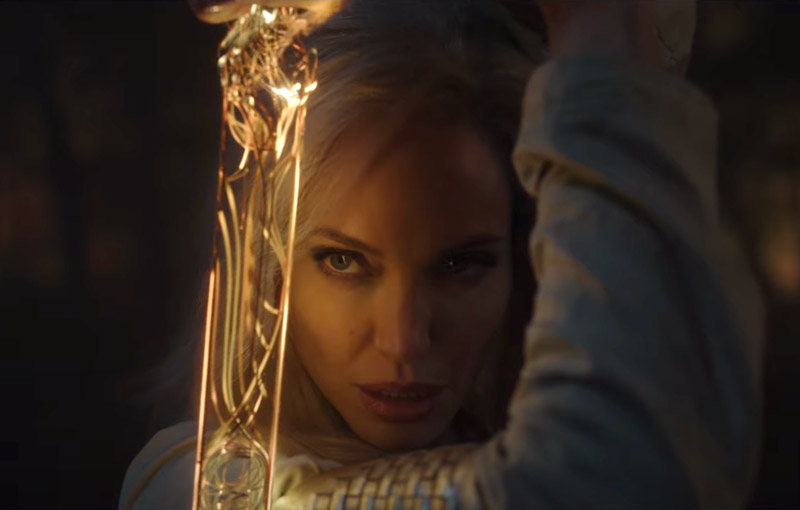 Lots of Marvel movies are coming.

The Marvel Cinematic Universe took a break from theaters in 2020, but it’s coming back strong. Marvel Studios just released a sizzle reel showing off new titles and release dates for their slate of Phase 4 movies - starting from 2021 going all the way to 2023 and beyond. We also got to see first-look footage from Eternals, directed by Academy Award-winner Chloe Zhao.

The trailer starts off nostalgically, with narration by Stan Lee as we watch footage from older Marvel movies like Avengers: Age of Ultron and Black Panther - culminating with an epic audience reaction to Avengers: Endgame on opening night. The message is clear: cinemas are pretty dang cool. After that, Marvel starts showing off their slate of Phase 4 films, and things get even more interesting.

Black Panther’s new title seems to be a sweet reference to the late Chadwick Boseman’s King T’Challa, whose call to arms ‘Wakanda forever’ has become iconic. The Black Panther sequel will opt not to recast T’Challa, and instead focus on Wakanda and its people. We also got yet another tease of Marvel’s upcoming movie reboot of The Fantastic Four, but no release date on that one. It will likely launch in late 2023, or sometime in 2024.

Here’s what Phase 4 of the MCU looks like with their release dates:

Join HWZ's Telegram channel here and catch all the latest tech news!
Our articles may contain affiliate links. If you buy through these links, we may earn a small commission.
Previous Story
Riot Games announces a Fall 2021 release for its League of Legends Netflix series Arcane
Next Story
Disney+ Hotstar will launch in Malaysia on 1 June