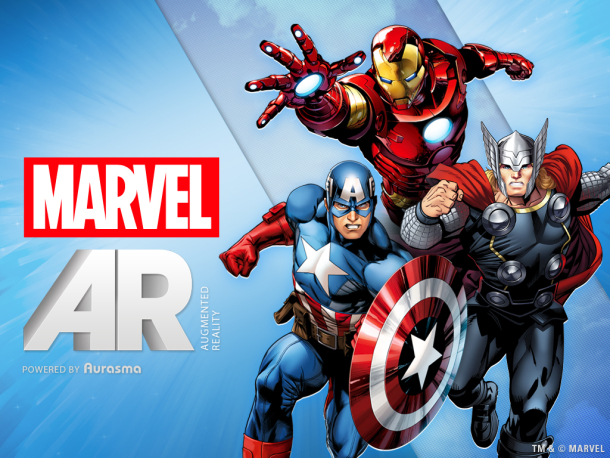 One of the first uses for tablets has been reading digitized comic books. Marvel Entertainment has had their official app for iOS and Android out for about two years now, which you can use to buy and read digital comics. This year they take it a step further with Marvel Augmented Reality (AR), which was announced and demonstrated at the South by Southwest Festival in Austin, Texas.

The new app is meant to enhance the experience for comic book readers by providing extra content just by pointing their cameras at their comic books. For example, pointing it at a certain page activates a video overlay of the comic artist giving a brief commentary on that particular piece. Another page started a three-dimensional model of Iron Man flying around the screen.