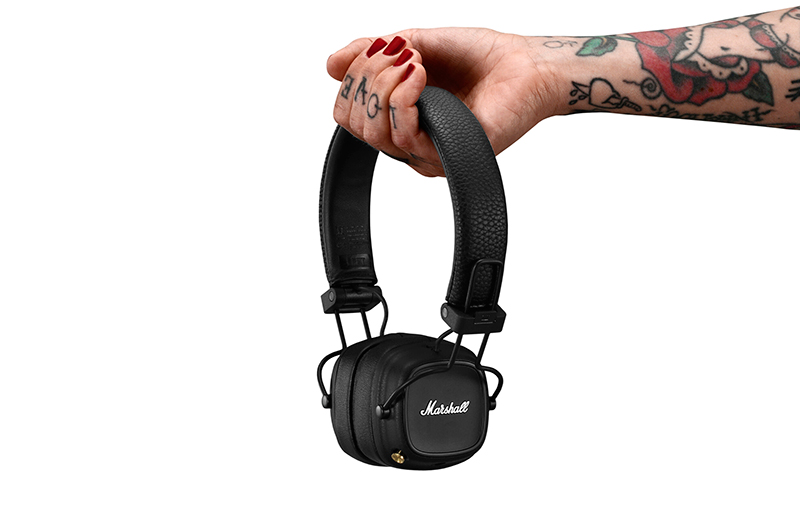 The Marshall Major IV wireless over-ear headphones are now available in Singapore, packing a host of features and a massive 80-hour playback time.

At a glance, the Major IV is a refreshed Major III, but the Major IV now offers wireless charging and quick-charging, on top of its extended battery life. The older Major III had 30+ hours of playback and required three hours to charge the headphones fully. Major IV also needs three hours for a full charge, but the first 15 minutes of juicing up offer up to 15 hours of wireless playback, which can be handy in a pinch.

Marshall did not specify the wireless charging profile support on Major IV, but we know that the contact point is on the right ear cup. The headphones, however, do not come with a wireless charging pad - you'll have to use yours or buy one.

Other features on the Major IV are staples to the Mashall Major series headphones. Returning functionalities include the multi-directional control knob for pausing, skipping, and adjusting volume. While it uses the same ear-cup design as before, Marshall claims that the ear cushions are now 'softer to the touch' and 'more faithfully fit the shape of your ear'. Like its predecessor, you can use the 3.5mm port to 'share' music that's streamed to your Major IV with others. As a gadget, the headphones are driven by 40mm dynamic drivers tuned to Marshall's iconic audio signature.

Marshall Major IV is now officially available at S$269 at its official distributor's website and selected Challenger outlets. From now (3 December 2020) until 25 December, it's going at a promotional launch price of S$249.