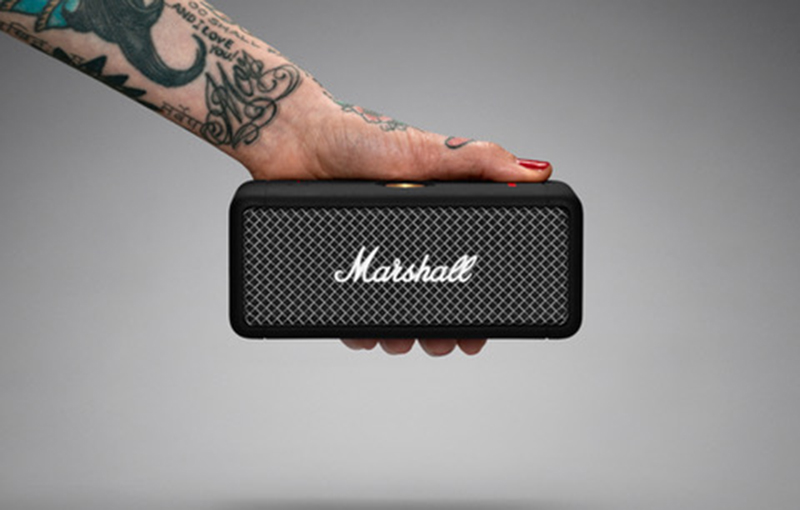 If you're in the market for a unique portable speaker, Marshall addressed that by launching the Marshall Emberton - a palm-sized, portable wireless speaker.

As far as Bluetooth 5.0 portable speakers go, Marshall spruced up the Emberton by incorporating the brand's iconic look, which includes the Marshall logotype and its signature metal grille. It's also rated with IPX7 water resistance, so it's not just sitting pretty, either.

Despite its portable 700g form factor, Marshall claimed that it offers more than 20 hours of playback time on a single charge. A 20-minute charge can offer about 5 hours' worth of playback. 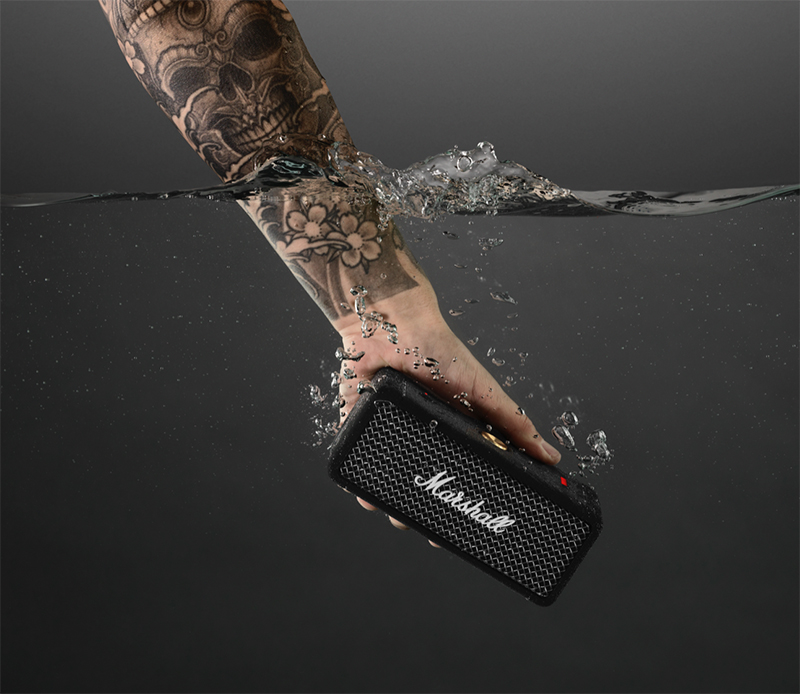 Marshall employs a technique called True Stereophonic for the Emberton's audio projection. It's effectively a 360° sound stage that strives for volume despite its omnidirectional nature. Radio knobs (not unlike those on a guitar amplifier) controls the Emberton's play/pause functions, volume level, and on/off state.

The Mashall Emberton is available in Singapore at an official sticker price of S$249. From now until end-July 2020, it's exclusively available at Shopee. If you're getting one, we suggest using their promo code MARSNEW10 to get a further S$10 off (requires minimum S$20 spend, which you'd easily hit with the Emberton).

Join HWZ's Telegram channel here and catch all the latest tech news!
Our articles may contain affiliate links. If you buy through these links, we may earn a small commission.
Previous Story
An open-world Harry Potter game is coming in 2021 for next-gen consoles
Next Story
BMW wants to charge you subscription fees to enable features like cruise control in your car