Note: This article was first published on 19 Mar 2021 and was updated on 13 Apr 2021 with new availability and pricing details. 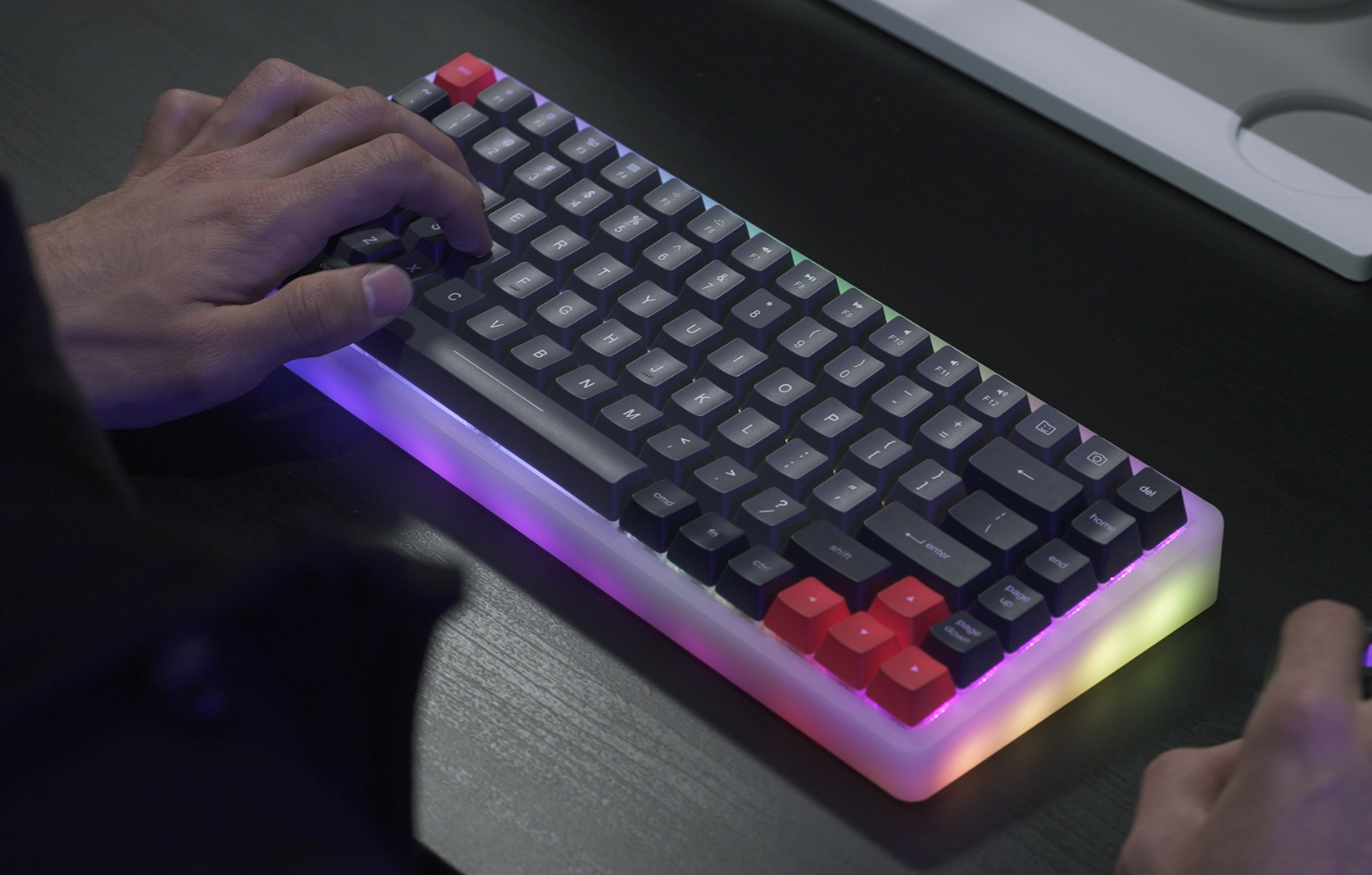 Wireless mechanical keyboards with hot-swappable keyboards are fairly uncommon. Rarer still is one that has a Mac layout with Mac media shortcuts and Mac-specific keycaps. Fortunately, there’s a new option in the market.

Enter the Marsback M1, which is a wireless mechanical keyboard with hot-swappable switches.

If you want the most compact keyboard possible but with a layout that’s as traditional as possible and easy to get accustomed to, this is for you.

The other thing to note is that the Marsback M1 can switch between Windows and Mac layouts. For Mac users, this means there’s no need to remap Command and Option keys or rely on keyboard-mapping apps.

It even comes with Mac-specific keycaps and dedicated media shortcut keys for macOS. Speaking of shortcuts, the Marsback M1 has additional special shortcut keys that launch Finder and takes screenshots.

The base is polycarbonate. It was chosen for two reasons. It keeps costs down and its translucency allows for the backlights to shine through.

Concerns about it feeling cheap are unwarranted. I’ve been typing on a pre-production unit for the past couple of days and I’m happy to report that it feels solid and provides a good foundation to type on. It also looks sweet when the lights shine through. 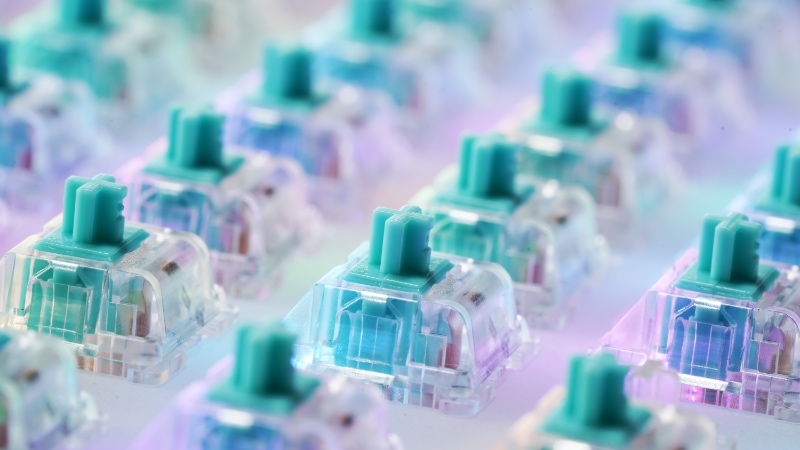 There are three switch options – MBS-1, MBS-II, and MBS-III – and they are all linear switches. Claimed travel distances are all the same and they differ only by actuation force. The MBS-1 is 45cN, the MBS-II is 50cN, and finally, the MBS-III is 55cN.

My keyboard came with the lightest MBS-I switches and it feels like a daintier and smoother version of MX Cherry Red. Marsback says the switches have been lubed to smoothen the action and to make the rebound smoother. And they have succeeded. If you always liked Cherry Reds but felt that they are a bit rough and unrefined, the MBS-I is the switch for you. 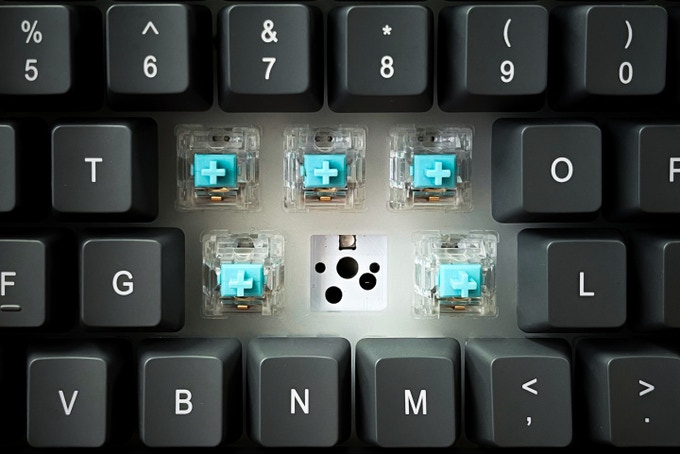 Fans of tactile and clicky switches would have to wait because Marsback said more switch options are planned for the future. At any rate, the Marsback M1 is hot-swappable and accepts PCB-mount switches. They also use standard Cherry MX stems so it’s fairly easy to find third-party keycaps for them (bear in mind the 75% layout).

The Marsback M1 comes with PBT keycaps and they feel and look like quality items. They feel nice to touch and the printing is clean and consistent. There are three colourways: black and red, a white partially translucent pudding version, and a pink sakura version. 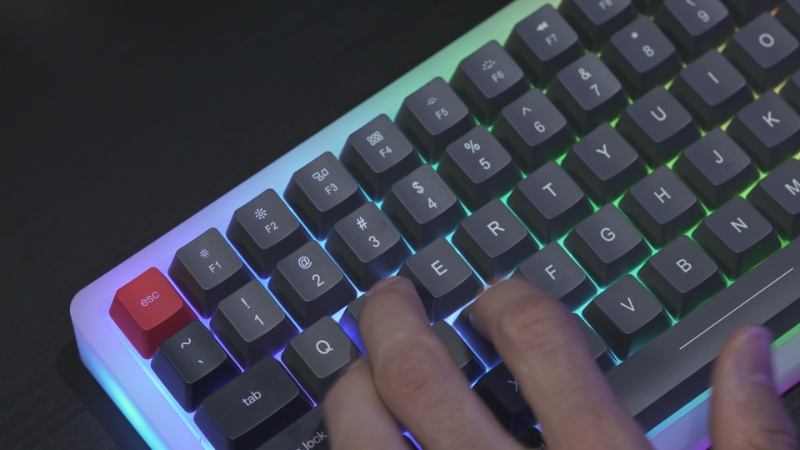 A downloadable app called Marsback Pro allows for the customisation of the keyboard. The app lets you create custom macros, adjust response speeds, and of course, create lighting effects. The app is available for Windows now but I've been told that a Mac version is in the works and will be ready when the keyboard ships.

Speaking of lighting effects, it’s worth noting that while they are bright, they are also a huge drain on the battery. The Marsback M1 has a large 6,000mAh battery but it’ll only last around 12 hours if you enable full RGB effects and turn the brightness up to the max. Turning the lights off will stretch battery life to up to two months.

On the whole, typing on the Marsback M1 was enjoyable, which says a lot because I'm not fond of linear switches. I love the smoothness of the switches and the fact that they sound rather nice is a plus. The spacebar makes a nice thonk sound.

Bluetooth connectivity wasn't an issue too, it holds a connection well. Speaking of which, the keyboard can connect to up to three devices and switching between them was a cinch so it's especially handy if you need to work with multiple devices. I use it to switch between my Mac and iPad.

If you’ve been looking around for a wireless mechanical keyboard, the Marsback M1 is worth checking out or, at the very least, keep tabs on – especially if you are a Mac user. Apart from Windows and Macs, the keyboard will also work with Android and iOS devices.

The Marsback M1 is available now on Kickstarter with prices starting at US$159. Each keyboard will come with a keycap puller and switch remover for easy swapping of key switches. The campaign will end on 6 April 2021, 7pm SGT and backers can expect to receive their keyboards in July 2021.

You can get the Marsback M1 here.

Now that the Kickstarter campaign has ended, interested readers can still order the Marsback M1 keyboard but at a higher price of US$189 from the Marsback website.