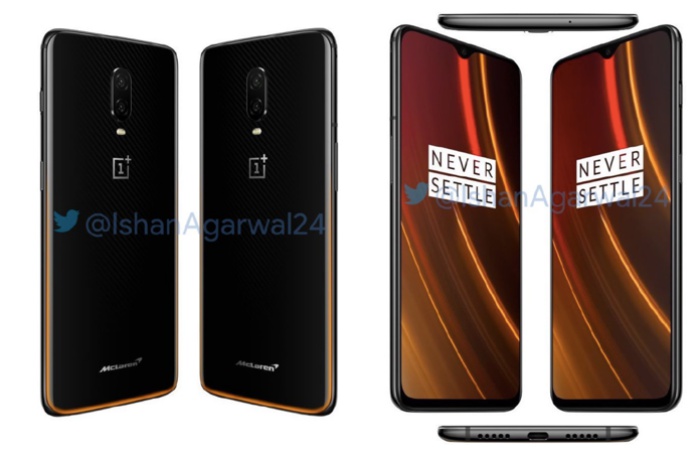 A tipster has jumped the gun and revealed the purported marketing photos of the special edition OnePlus 6T.

According to tipster @IshanAgarwal24, the official name of the phone is called the OnePlus 6T McLaren Edition Speed Orange. There are several changes based on the leaked photos. For example, there is a new piece of glass that has a carbon fiber-like pattern underneath with an orange hue added to the bottom edge of the glass. There is also a McLaren logo at the bottom of the device.

The OnePlus 6T McLaren Edition Speed Orange is stated to come with 10GB RAM and 256GB internal storage space. OnePlus is also equipping the phone with a super fast new "Warp Charge" charging technology which can deliver a day's power in 20 minutes!

OnePlus and McLaren will unveil the phone on 11 December at the “Salute to Speed” event at the McLaren Technology Centre in the U.K.

Join HWZ's Telegram channel here and catch all the latest tech news!
Our articles may contain affiliate links. If you buy through these links, we may earn a small commission.
Previous Story
StarHub introduces new SIM-only plans with large data bundles to replace its existing consumer postpaid plans
Next Story
Google will shut down Allo in 2019 to focus on Messages