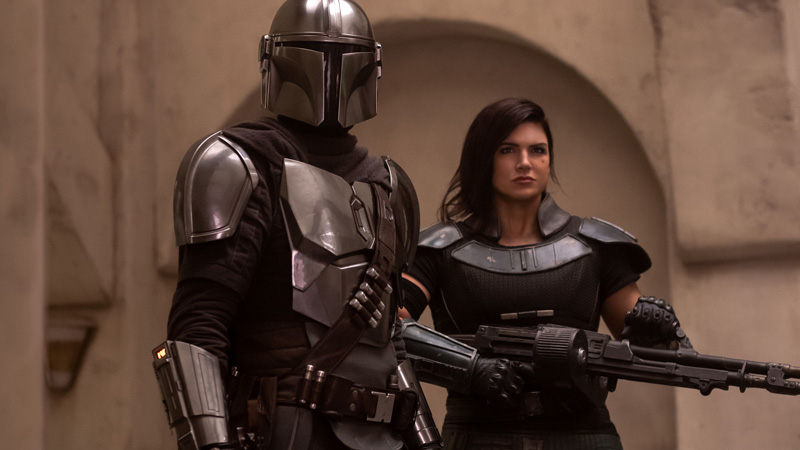 It’s a good time to be a Star Wars fan.

Though its second season hasn’t even aired an episode yet, pre-production on Season 3 of The Mandalorian has already begun. According to Variety, the ongoing pandemic isn’t slowing down production on the Disney+ TV series set in the Star Wars universe.

Apparently, series creator Jon Favreau has been, “writing season three for a while,” and the show’s art department has been hard at work creating concepts, “for the past few weeks.” One of Variety’s sources confirmed that the production design department needed, “such a huge lead time,” which explains why the show’s third season is in the works so early.

Fortunately, it doesn’t look like the current state of things will impact The Mandalorian Season 2, which seems to be on track for an October 2020 premiere date. The show wrapped production on Season 2 in early March before all the shutdowns came into effect. Rosario Dawson has reportedly been cast as a live-action Ahsoka Tano, Anakin Skywalker’s Jedi apprentice from the Clone Wars animated series.

Interestingly, Variety also reported that a brand new live-action Star Wars TV series has entered development for Disney+. The series will come from Leslye Headland, the co-creator and showrunner of (very good) Netflix series Russian Doll. The series will be female-centric, and won’t take place in the same part of the Star Wars timeline as other projects.

If this show's quality is on par with the quality of Headland's Russian Doll, it's going to be pretty great. It's also exciting to see that it’s exploring an entirely new segment of the Star Wars timeline. This new series could go anywhere, and it’s certainly one to keep an eye on for now.

Join HWZ's Telegram channel here and catch all the latest tech news!
Our articles may contain affiliate links. If you buy through these links, we may earn a small commission.
Previous Story
The YouTube app now supports Galaxy Z Flip’s Flex mode
Next Story
Zoom releases promised security enhancements in its latest update