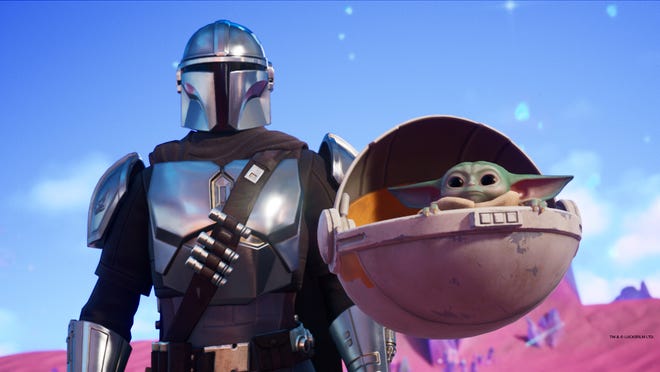 Fortnite's massive world-ending Galactus event was its biggest ever, posting a record of 15.3 million concurrent players. Galactus' defeat at the hands of Iron Man, Thor and players brings the Marvel-themed season to a close, but Season 5 will have to grapple with the destruction of the central part of the map.

In the latest chapter, dubbed Zero Point, Agent Jones has recruited an eclectic cast of hunters and fighters, chief among them the Mandalorian and Baby Yoda – I mean, Grogu – in his floating pod. Other new additions include what looks to be a Roman gladiator, a shape-shifting barbarian warrior, and Mancake the Fighting Flapjack. It's all very strange, but that seems to be the whole point. According to Epic Games, Agent Jones will bring in even more hunters from realities beyond, so you can expect to see even more heroes plucked from other universes.

Epic Games is also introducing novel new weapons in Season 5, including the Dragon's Breath shotgun, the Amban sniper rifle that Din Djarin used to vaporise Jawas in The Mandalorian, and the player-tracking Night Hawk. More weapons will be added throughout the season says Epic, so more chaotic fun is probably on the way.