A man marries his iPhone in a Las Vegas chapel 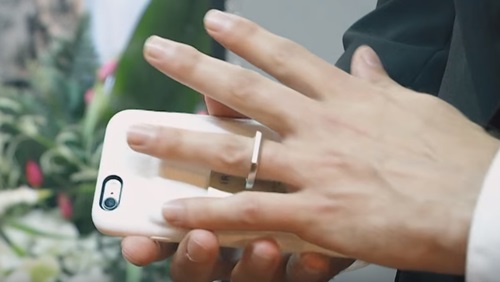 Is there such a thing as "iLove" in this world? Well, there is in Las Vegas!

KTNV reports that a man, Aaron Chervenak drove from Los Angeles to The Little Vegas Chapel to marry his iPhone on 20th May. The chapel owner, Michael Kelly was initially apprehensive about it, but decided to give it a go.

"At first it was like what?” said The Little Las Vegas Chapel owner Michael Kelly. “And then I was like... Alright let’s do it.

"We don't really have many people that marry inanimate objects."

According to Kelly, Chervenak's decision to marry his iPhone is to send a message (pun intended) to society that the smartphone is an integral part of our lives.

The State of Nevada does not legally recognize the marriage, but we reckon Chervenak doesn't care since he has already went through the ceremony. Below is the video of the ceremony:

Join HWZ's Telegram channel here and catch all the latest tech news!
Our articles may contain affiliate links. If you buy through these links, we may earn a small commission.
Previous Story
Leaked Galaxy Note 7 front panel reveals iris scanner
Next Story
Secretlab will now make a custom branded chair for your company