Make your live-streaming more interactive with a clip-on Vyoocam

Make your live-streaming more interactive with a clip-on Vyoocam

Do you need both hands while live-streaming a video? The Croatian creation, Vyoocam, is a simple yet ingenious solution for live-streamers or Internet video makers who require a hands-free alternative to their video-making process. 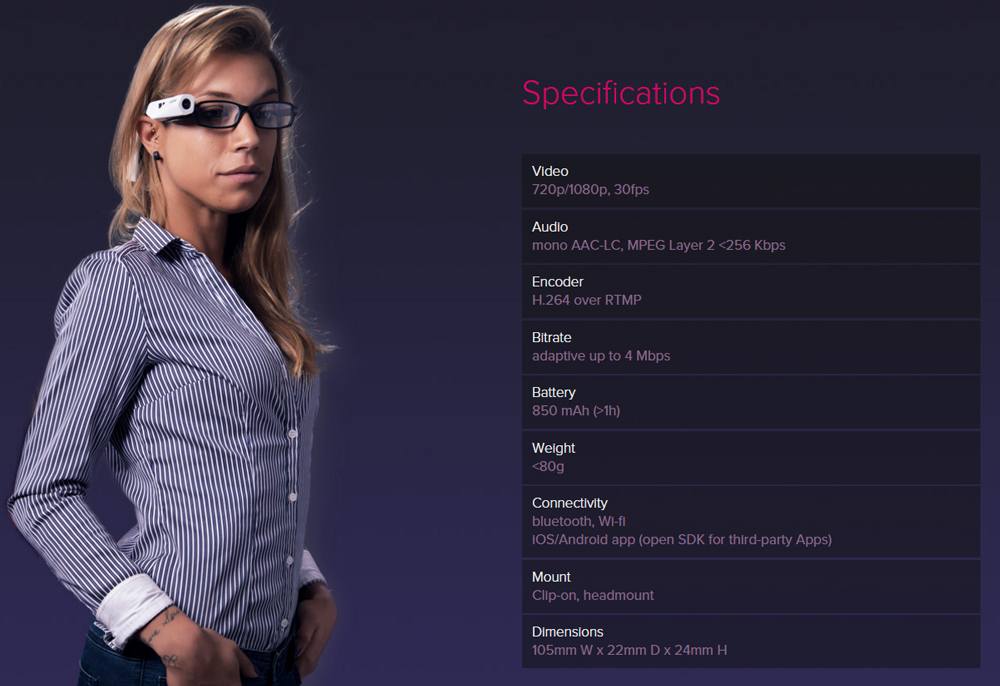 The Vyoocam (pronounced “view-cam”) is a ultra-portable, point-of-view clip-on camera that’s meant to replace your smartphone as your primary live-streaming device. The developers like to showcase it as a simple clip-on camera for your glasses, but the device actually requires a wireless Bluetooth connection at minimum for the streamer to experience a good deal of its functionality. It has Wi-Fi compatibility as well, and support on both iOS and Android smartphones via its proprietary app. As a whole, a Vyoocam is supposed to allow the user to do hands-free video sessions, be it live or pre-recorded segments where the streamer’s hands need to be doing something else. Off the top of our head would be a cooking or hardware-building instructional, since it weighs merely 80g.

Other features include an offline mode where you can store recorded clips in your smartphone, and button that enables the live-streamer to go live in a single click. It charges using a USB port, and the developers claim that you can even charge the device with a power bank. Videos records have a resolution of up to 1080p at 30 frames per second, and it supports H.264 encoding.

There’s not an awful lot of information on this device, but the Vyoocam is certainly more than a prototype since it’s properly debuting at CES 2016 (6 to 9 January 2016), Eureka Park, booth 80947. The makers are accepting pre-orders for the Vyoocam, although they have not yet announced an official list price. More information about the device and the developers can be found via their official website.

Join HWZ's Telegram channel here and catch all the latest tech news!
Our articles may contain affiliate links. If you buy through these links, we may earn a small commission.
Previous Story
Lenovo woos gamers with new Razer Edition desktop and curved gaming monitors
Next Story
Oculus Rift pre-orders start later this week