Magic: The Gathering's new Battle for Baldur's Gate set is both refreshing and nostalgic

Magic: The Gathering's new Battle for Baldur's Gate set is both refreshing and nostalgic 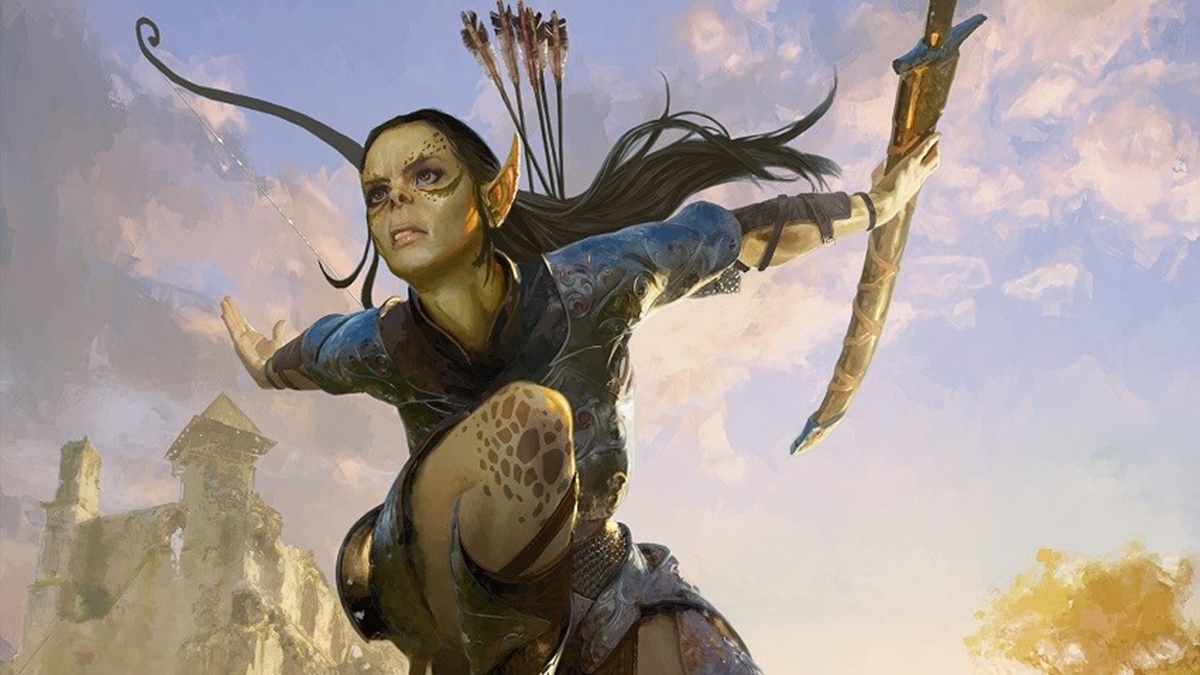 When it comes to tabletop gaming, Dungeons and Dragons has undoubtedly cemented a place for itself in the metaphorical hall of fame. After all, the immensely popular role-playing game, with its infinitely diverse possibilities has gone on to inspire countless other titles, and what happens when you bring something like that into contact with the world's most well-known card game?

For starters, you'll have both D&D fans and Magic: The Gathering aficionados bending over backward with their wallets in hand for shiny pieces of cardboard.

With over 360 new cards and scheduled for release on 10 June, the all-new Commander Legends: Battle for Baldur's Gate sees the legendary tabletop game blending into MTG's equally timeless gameplay formula. Among other things, players will see the return of prominent D&D characters like Tasha the Witch Queen (shown below), Elminster, and even Minsc and Boo as amazing cards that can be used in your games. In addition, all Legendary Creature cards, like the Ancient Brass Dragon will even have Rulebook variants that inevitably call D&D's Monster Manual to mind. 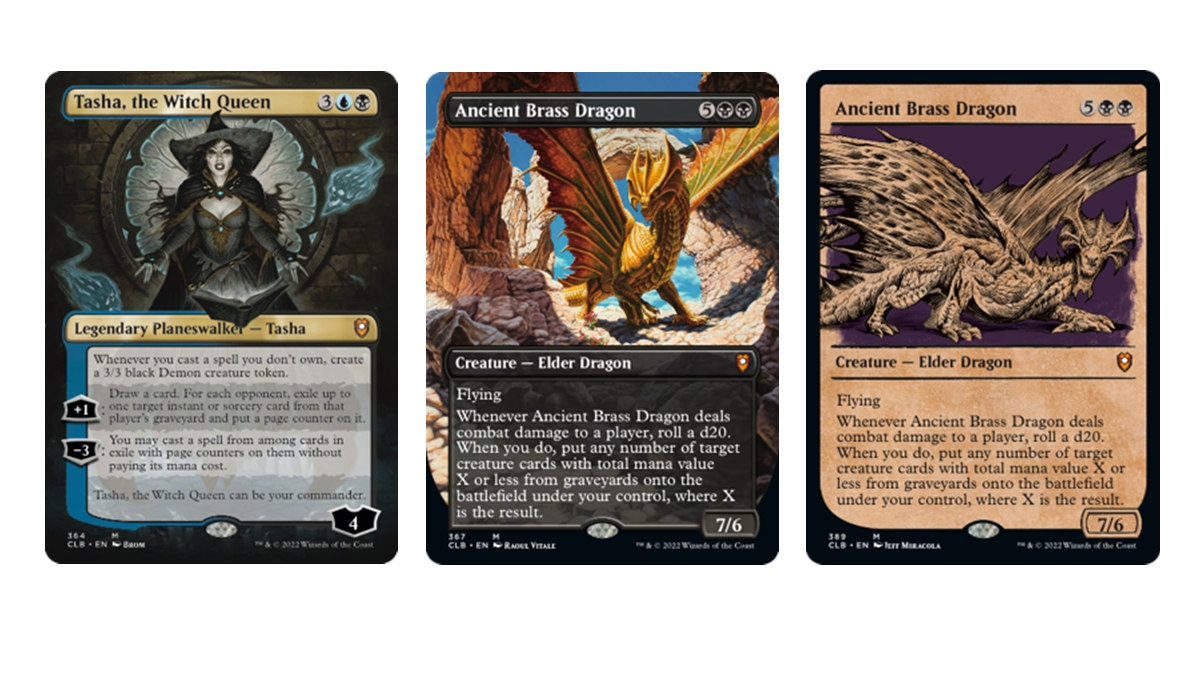 But characters and classic artworks aren't the only new arrival to MTG. On the gameplay end, players will get to try out enchantment-style Backgrounds cards as well as the new Initiative keyword, the latter of which should be a familiar term for D&D players. To put things simply, Backgrounds are a new type of enchantment that provides bonuses to a player's commander when they're played, and Initiative will allow players to venture into the new Undercity (a new dungeon card) when they fulfill the condition or at the beginning of their upkeep.

Now, as much as we'd like to go further into detail about how these mechanics will affect the game, we've got a lot of ground to cover with regard to availability of the set, and more importantly, the pre-order bonuses.

As noted above, the set will be made available on 10 June, but for players in Singapore, Malaysia, Thailand, Indonesia, and The Phillippines who purchase a collector booster box, there's a neat bonus for you. It comes in the form of a branded dice bag that you can pick up (while stocks last) via WPN stores or Shopee (for Singapore players only). Additionally, local players can also enjoy a swath of 6.6 celebration deals via the online store, including special Pinfinity AR pins and the Time Spiral Remastered set. 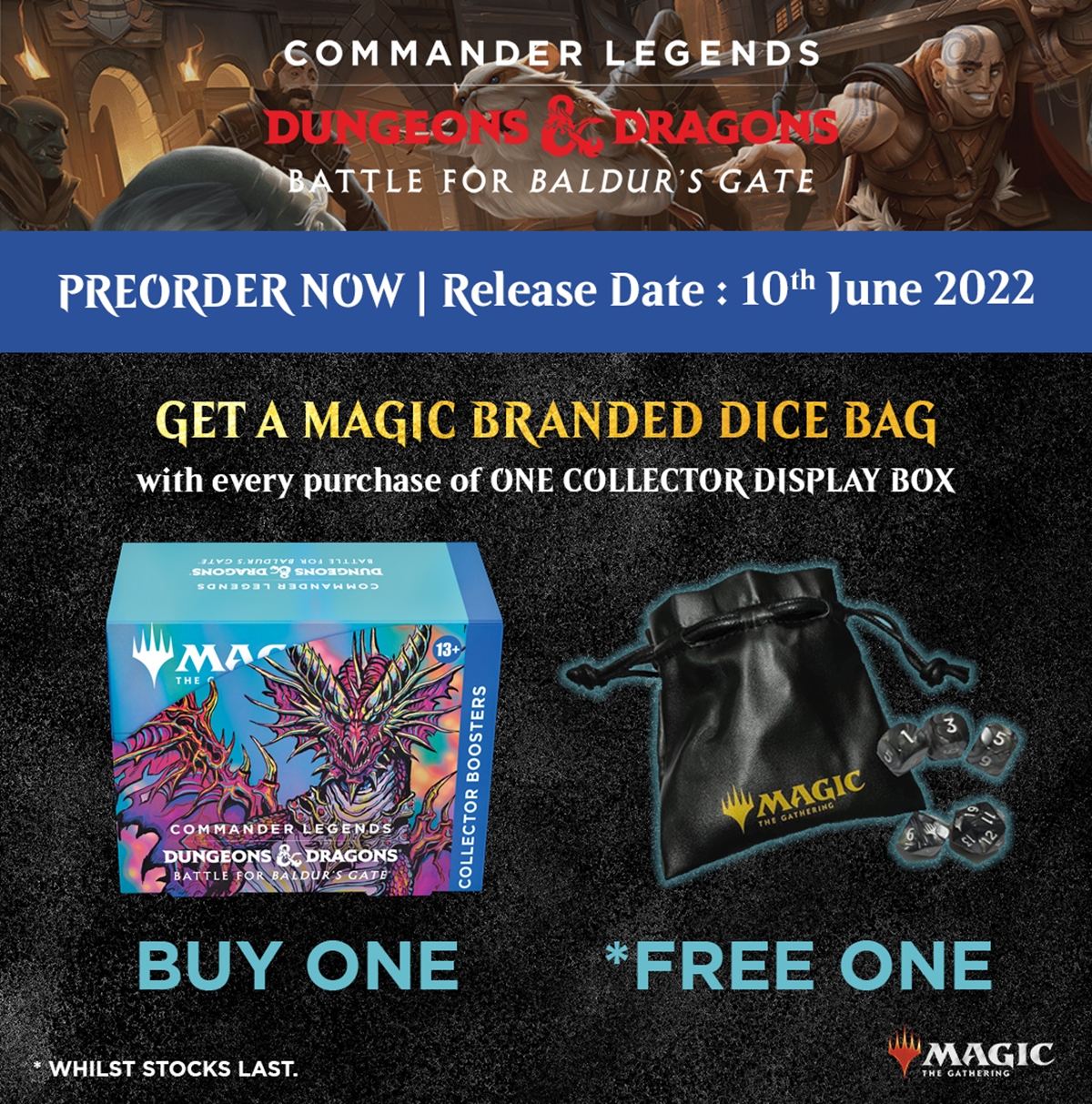 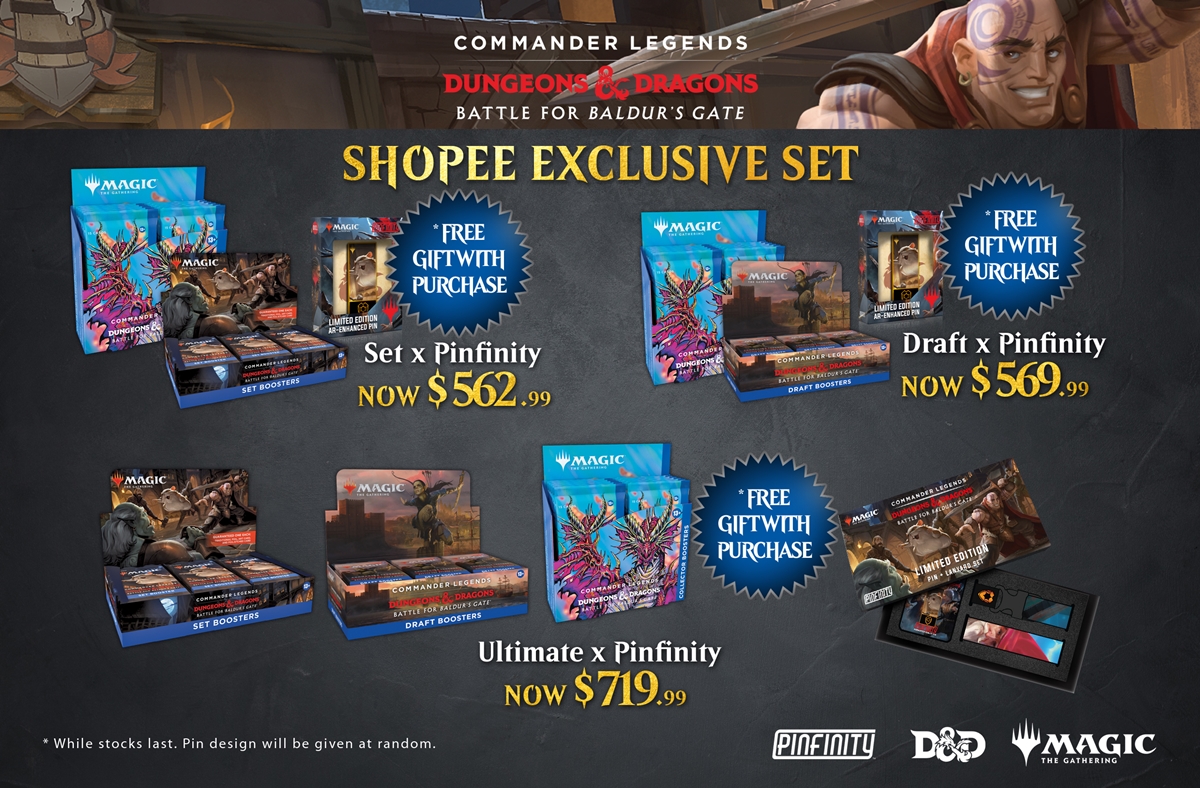 For more information on the set, feel free to check out the official MTG page.

Join HWZ's Telegram channel here and catch all the latest tech news!
Our articles may contain affiliate links. If you buy through these links, we may earn a small commission.
Previous Story
Casio's popular G-Shock "CasiOak" gets Tough Solar and Bluetooth connectivity
Next Story
ROG's most powerful dual screen laptop, the Zephyrus Duo 16, is now in Singapore