Magic: The Gathering's new multi-set storyline kicks off on 9 Sep with Dominaria United

Magic: The Gathering's new multi-set storyline kicks off on 9 Sep with Dominaria United 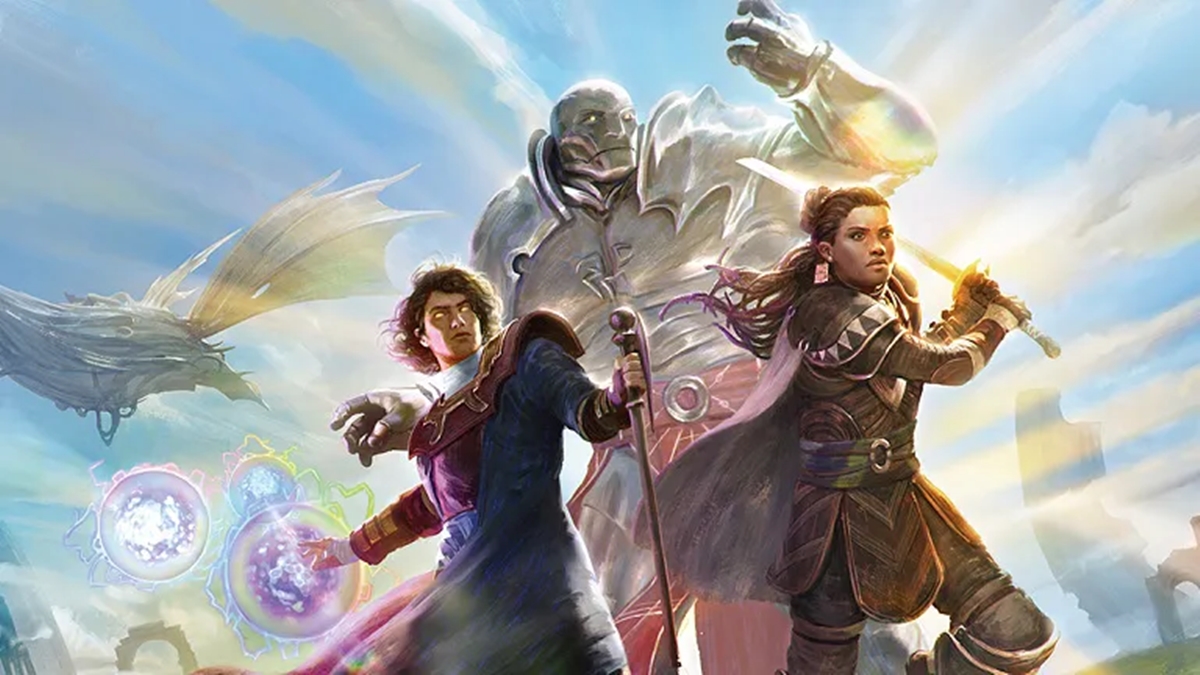 Be it in movies, books, or even trading card games, the concept of heroes and villains is a timeless one. We never really get bored of seeing good go up against evil, and you'll be doing just that in the latest booster for Magic: The Gathering.

Scheduled for release on 9 Sep, the all-new Dominaria United set returns to the plane where it all began, kicking off the first phase of a new multi-set storyline for the popular card game. Notably, the release of the new booster, which features 281 new cards coincides with the game's 30th Anniversary celebrations, so here's wishing the world's oldest TCG many happy returns of the day in advance.

As for the cards themselves, players can look forward to seeing a good mix of new and classic cards. Regarding new cards, players who preorder at least S$140 worth of the booster can receive an exclusive Token collectible, which forms the first part of a three-series collectible mural set. However, do note that each player is only entitled to one collectible.

They can also expect a wide array of cards belonging to that Phyrexian faction, led by the Praetor Sheoldred. In addition, Dominaria United will also see the return of Planeswalkers Karn, Ajani Goldmane, Liliana Vess, and Jaya Ballard. 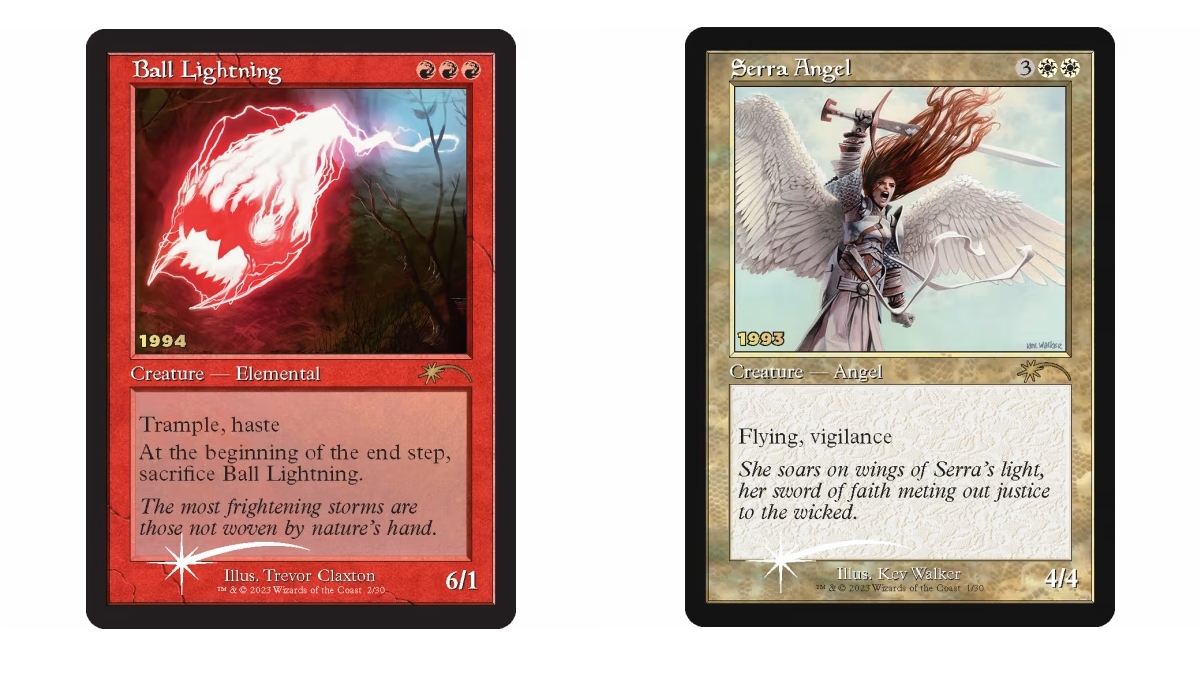 For those looking to delve into nostalgia, Wizards Play Network (WPN) stores will also be receiving 3-4 foil retro-frame promos showcasing classic cards from throughout MTG’s history over the next eight Standard releases. These special cards, like the Ball Lightning and Serra Angel above, can only be picked up by players through Prerelease events, making them a prime target for collectors.

Last but not least, there will also be Lost Legend and Stained Glass Full Art Lands cards. The former will be available to players who pick up Collector's Boosters for Dominaria United, and they can contain any of the 240 cards from MTG's original 1994 Legends set, including the original Moat and Nicol Bolas cards. 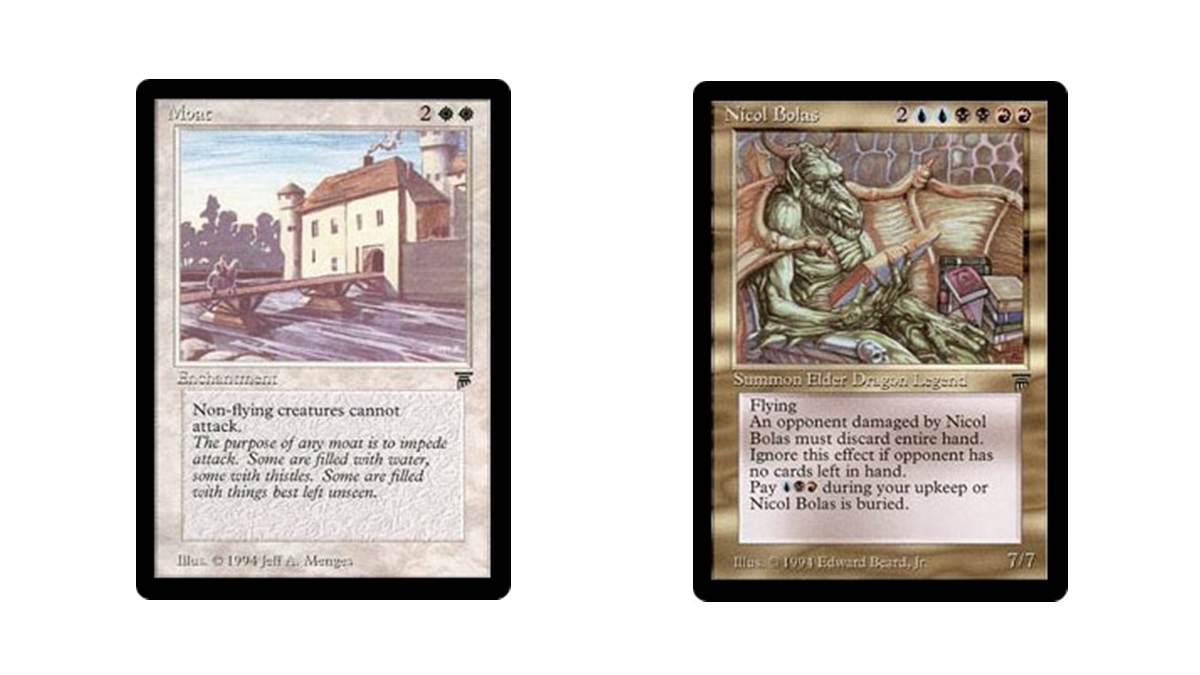 Meanwhile, the latter will be available in both foil and non-foil versions within Set, Draft, and Collector Booster packs. Frankly, there isn't much to say about them, except that they're absolutely gorgeous and will look fantastic as part of a deck or in a card binder. 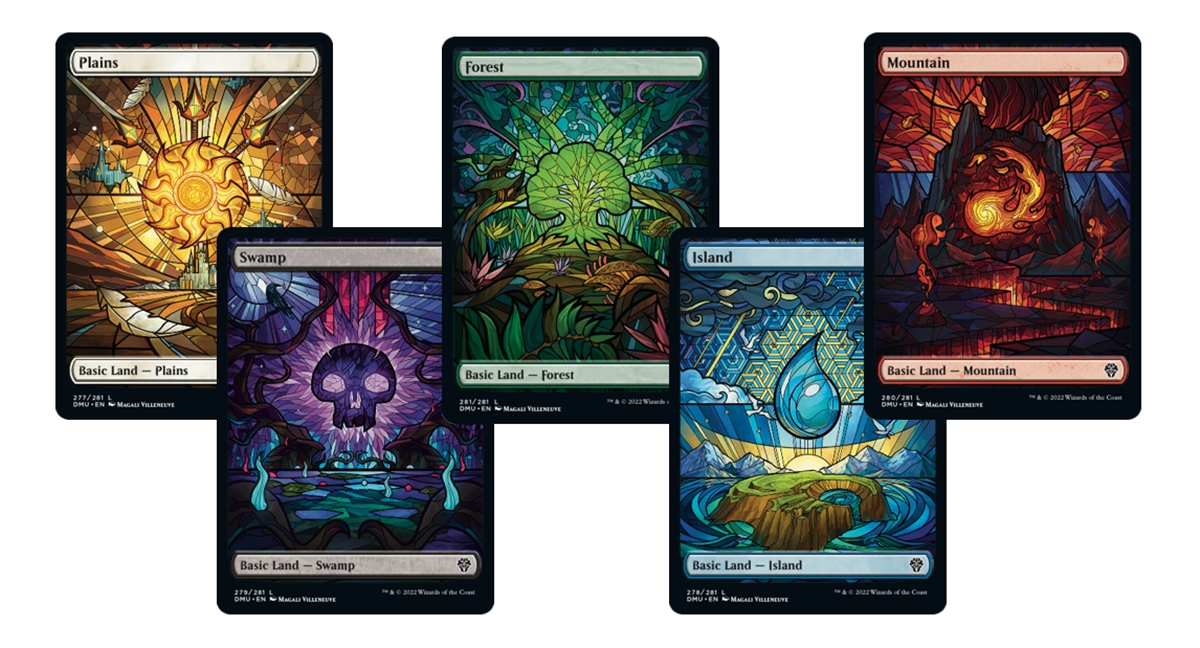 Join HWZ's Telegram channel here and catch all the latest tech news!
Our articles may contain affiliate links. If you buy through these links, we may earn a small commission.
Previous Story
Lenovo's new consumer AR glasses work with Windows, macOS, Android and iOS
Next Story
Make the jump to first-class Wi-Fi 6 connectivity with Singtel