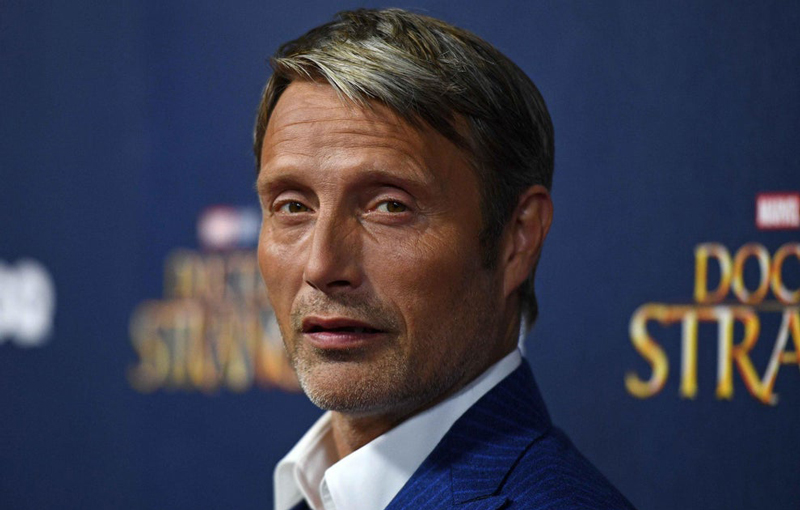 From Hannibal to Harry Potter.

Warner Bros. Pictures has announced that Mads Mikkelsen (Death Stranding) has been cast as the villainous Gellert Grindelwald in the third Fantastic Beasts movie. Mikkelsen will replace Johnny Depp, who resigned from the role earlier this month.

Mikkelsen will join an ensemble cast including Eddie Redmayne, Katherine Waterston, Dan Fogler, Ezra Miller and Jude Law for the threequel. The movie has already resumed shooting, after production was delayed earlier this year due to Covid-19. It’s currently set to keep its new release date of July 15, 2022.

Depp had only shot one scene for the movie according to Indiewire, but will keep the full eight-figure salary he was meant to earn for the role. The actor was asked to leave the role after losing a highly-publicised libel case against The Sun, a newspaper that referred to Depp as a, “wife beater.”

As far as recastings go, Mikkelsen has been proven to absolutely crush any role he’s given - from the iconic baddie Hannibal to Le Chiffre in Casino Royale. The movie franchise he’s joining has been on a downwards spiral recently, however. The latest Fantastic Beasts movie ended up being the lowest-rated movie in the entire Harry Potter franchise on Metacritic.

The currently untitled third Fantastic Beasts movie will take place several years after Fantastic Beasts: The Crimes of Grindelwald, with parts of the story taking place in Rio de Janeiro. The movie’s events will lead up to the Wizarding World’s involvement in World War II.

Join HWZ's Telegram channel here and catch all the latest tech news!
Our articles may contain affiliate links. If you buy through these links, we may earn a small commission.
Previous Story
OnePlus 8 and 8 Pro receive OxygenOS 11 stability and security patch
Next Story
Microsoft Surface Pro 8 and Surface Laptop 4 leaks suggest design won't change much