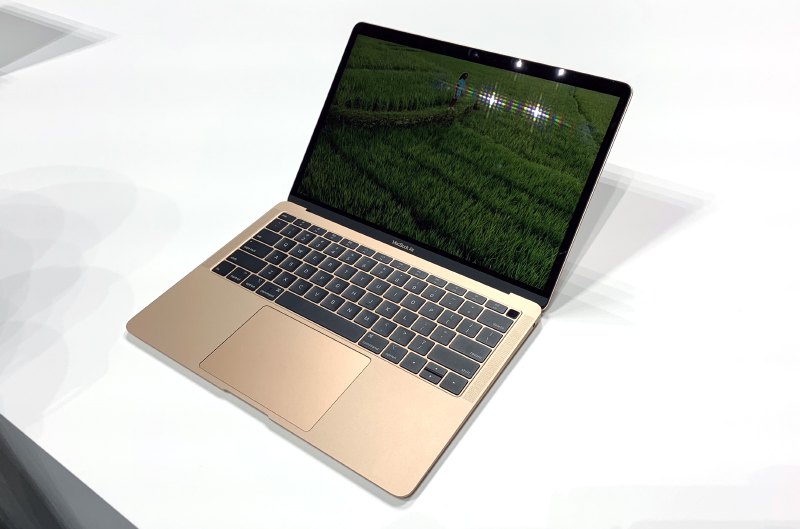 Updated on 29 March: Apple has informed MacRumors that the MacBook Air, Retina or otherwise, is not part of the Quality Program for the MacBook and MacBook Pro, and does not exhibit anti-reflective coating issue.

The company also clarified that it was a mistake on the internal memo that has since been fixed. However, MacRumors received information from a technician at an Apple Authorized Service Provider that some 2018 MacBook Air models have been serviced due to the anti-reflective coating issues.

MacBook Air models with Retina displays could exhibit anti-reflective coating issues according to an Apple memo shared with its Authorised Service Providers and obtained by MacRumors.

The memo states that the company has acknowledged that the MacBook Air with Retina display can exhibit the same issue that plagued MacBook and MacBook Pro users in 2015.

The free repair program for the anti-reflective coating issue is not published on Apple's website, but Authorised Service Providers and its support team have been handling the matter quietly. With retail stores outside of China closed indefinitely, customers have to visit support.apple.com for assistance.

Join HWZ's Telegram channel here and catch all the latest tech news!
Our articles may contain affiliate links. If you buy through these links, we may earn a small commission.
Previous Story
Zoom iOS app is sending data to Facebook even if you don't have an account (Updated)
Next Story
Samsung Galaxy Watch Active 2’s ECG function said to be delayed