A Mac Pro with all the bells and whistles could cost at least US$35,000

A Mac Pro with all the bells and whistles could cost at least US$35,000

Note: This article was first published on 4th June 2019. 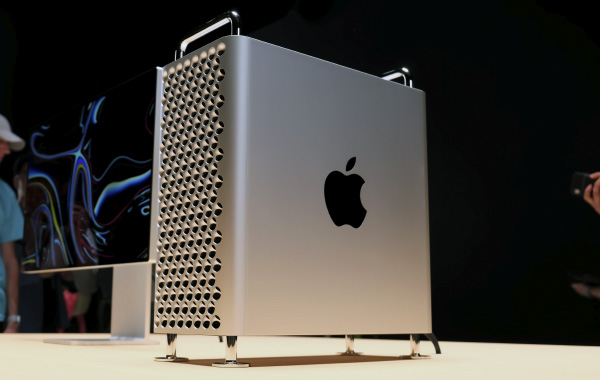 Apple unveiled the new Mac Pro earlier today, and as you would expect it's wicked powerful.

In top-spec form, the Mac Pro will have a 28-core Xeon CPU, 1.5TB of system memory, and 4TB of SSD storage.

On top of that, it will also have two MXP modules with four AMD Radeon Vega II Duo GPUs in total, and also the Afterburner hardware accelerator card.

It's a beast of a machine, but unfortunately, Apple failed to mention how much such a machine will cost.

Instead, they only revealed that prices will start from US$5,999, and for that, you will get a machine with an octa-core Xeon processor, 32GB RAM, 256GB SSD, and an AMD Radeon Pro 580X GPU.

However, estimates based on market prices and prices that Apple charges for upgrades to comparable machines like the Mac Pro indicate that a Mac Pro will all the options ticked would cost well over US$35,000! This makes a fully-equipped MacBook Pro look affordable.

To be fair, nobody said power would come cheaply. And the real question is this: how much would a PC equivalent cost or is there even a good PC equivalent?

You can see the full breakdown of the estimates in the link below.

Join HWZ's Telegram channel here and catch all the latest tech news!
Our articles may contain affiliate links. If you buy through these links, we may earn a small commission.
Previous Story
Huawei has a different name for the international version of its mobile OS
Next Story
Xiaomi reveals more details about how its under-screen camera works