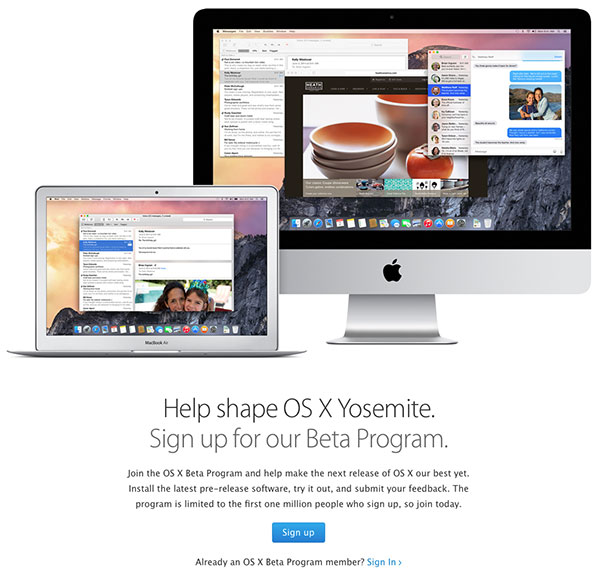 When Apple announced OS X 10.10 Yosemite at WWDC in June, it was mentioned that a public beta is coming in the summer, with the final release due in the fall.

While recent rumors have pegged the latter to be in late October, those who’ve signed up for the OS X Beta Program would get a redemption code to download the beta bits from the Mac App Store as early as tomorrow morning (July 24, 10 am PT). While this first public beta looks to be the same version as the latest fourth developer preview, future updates (done via the standard Software Update function) might not be as frequent as the beta meant for developers. To provide feedback to Apple, users can use the bundled Feedback Assistant app. When Yosemite is finished, testers will be able to upgrade to the final version, again via the Software Update function.

If you wish to learn more about OS X Yosemite public beta, you can check out this FAQ from Macworld. If there’s anything we’d like to bring up here, it’s that this is after all unfinished software, so be prepared for some bugs and things that might not work as well as expected. In other words, don't use it on a production machine.