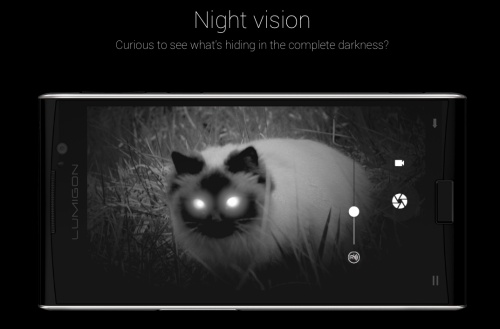 While other phone makers increase pixel size and widen the aperture for better low light performance on their mobile cameras, a Danish firm decided to equip its latest smartphone with a night vision camera.

Lumigon, which designs and manufactures high-end Android smartphones in Denmark, recently unveiled its latest smartphone, the T3 which is supposedly the world's first phone with a night vision camera. From the specs sheet, we know the night vision camera has a 4-megapixel image sensor with dual IR flash.

Another key selling feature of the T3 is its chassis, which is made up of marine-grade 316 stainless steel, and rated dust and water resistant. The 4.8-inch HD Super AMOLED display is also protected by Corning Gorilla Glass 4. The T3 is also one of the few phones in the market to sport dual cameras on the back; it has a 13-megapixel rear camera with phase detection autofocus and dual tone flash. The night vision camera is the secondary camera on the rear. 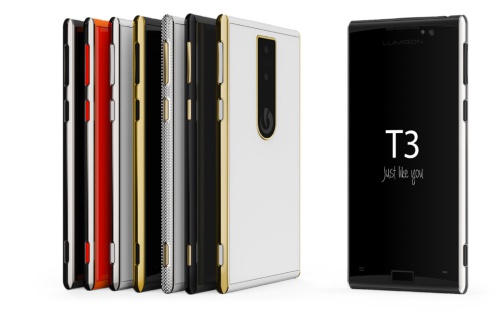 The Lumigon T3 is available for purchase online for US$750 (~S$1,003). Colors include black, white and orange. A 24-karat gold edition is also in the works.

Join HWZ's Telegram channel here and catch all the latest tech news!
Our articles may contain affiliate links. If you buy through these links, we may earn a small commission.
Previous Story
iPhone 7 to sport 21MP rear camera while iPhone 7 Plus has dual 12MP cameras?
Next Story
Huawei may be unveiling a Nexus phone this year