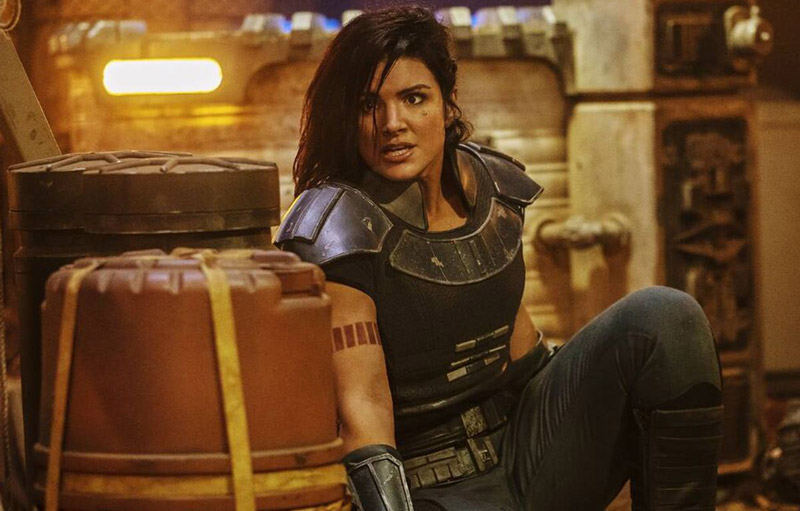 Gina Carano, the actress who played Cara Dune in Disney+’s hit series The Mandalorian has been dropped by Lucasfilm. A spokesperson from the company confirmed the news to The Hollywood Reporter today, stating that she, “is not currently employed by Lucasfilm and there are no plans for her to be in the future.”

The spokesperson continued, “Nevertheless, her social media posts denigrating people based on their cultural and religious identities are abhorrent and unacceptable." The actor had posted a social media post earlier today, likening being a Republican in America to being Jewish during the Holocaust, which caused no small amount of controversy as people perceived it to be anti-Semitic.

After the Instagram post, the social media hashtag #FireGinaCarano began trending - and screenshots of the post continued to circulate even after Carano deleted it. This isn’t the first time the actress has been steeped in social media controversy, either. In November 2020, she mocked people wearing masks during a pandemic, and suggested voter fraud had happened during the American presidential election.

The Hollywood Reporter cites a source ‘with knowledge of Lucasfilm’s thinking’ who said, “They have been looking for a reason to fire her for two months, and today was the final straw.” The website also states that Lucasfilm planned to reveal that Carano would star in her own Disney+ Star Wars series during Disney’s Investor Day presentation, but cancelled those plans following her tweets in November. This was likely Rangers of the New Republic, a spin-off of the Mandalorian that was set to arrive by Christmas 2021.

They'll have to find a new Ranger now.

Join HWZ's Telegram channel here and catch all the latest tech news!
Our articles may contain affiliate links. If you buy through these links, we may earn a small commission.
Previous Story
Pokemon's 25th anniversary collaboration with McDonalds is being ruined by scalpers
Next Story
OnePlus files patent for in-bezel smartphone selfie camera