Looking for an artfully-designed desktop PC? Check out the Samsung ArtPC Pulse!

Looking for an artfully-designed desktop PC? Check out the Samsung ArtPC Pulse! 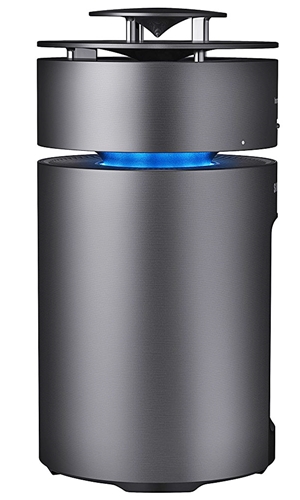 The Samsung ArtPC Pulse desktop PC was quietly unveiled by the company. On first looks, it resembles the Apple Mac Pro; however, designers at Samsung, in conjunction with Harman Kardon, have managed to integrate a 360-degree, Omni-directional Harmon Kardon speaker unit with the cylindrical design of the ArtPC Pulse. On that note, we wonder why Samsung didn't consider using their very own 360-degree wireless R7 or R6 audio systems? 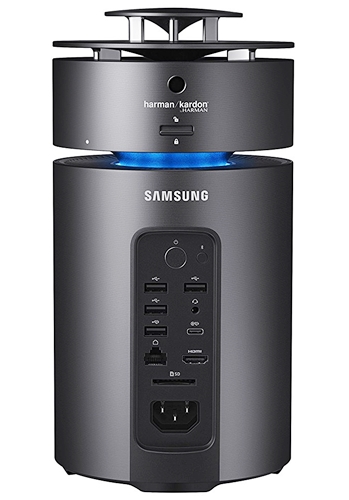 The desktop PC features a full-metal body, with circular ambient lightning. According to Samsung, its design allows “expansion modules” to be easily added for customization. For a start, optional 1TB HDD modules are available separately. The Samsung ArtPC Pulse is available for pre-order on Amazon now, and there are two listed versions.

For US$1,199.99, the ArtPC Pulse will feature a 6th generation Intel Core i5 Skylake CPU, with 8GB of DDR4 RAM. Its storage will feature a 256GB NVMe SSD. For an additional US$400, at a price of US$1,599.99, the system will be upgraded to an Intel Core i7 Skylake processor, with an additional 1TB HDD to handle storage needs. Both SKUs will utilize a dedicated AMD Radeon RX 460 graphics chipset with 2GB of VRAM. They will come pre-loaded with Windows 10 Home Signature Edition. The ArtPC Pulse will be officially available on 28th October.

From the product images pulled from Amazon, it appears the ports and the power switch are located at the rear of the system. This is inferred from the location of the 3-pin power plug. It may cause some inconvenience when accessing the power button or any of the USB ports. The front of the system is devoid of any branding as it’s a galvanized metal facade. If you are looking for a Windows-based PC of similar design, you can also check out the MSI Vortex PC.

Join HWZ's Telegram channel here and catch all the latest tech news!
Our articles may contain affiliate links. If you buy through these links, we may earn a small commission.
Previous Story
"Remedy" for Samsung Galaxy Note7 Singapore customers coming "very soon"
Next Story
Google claims to have significantly reduced the memory consumption of Chrome