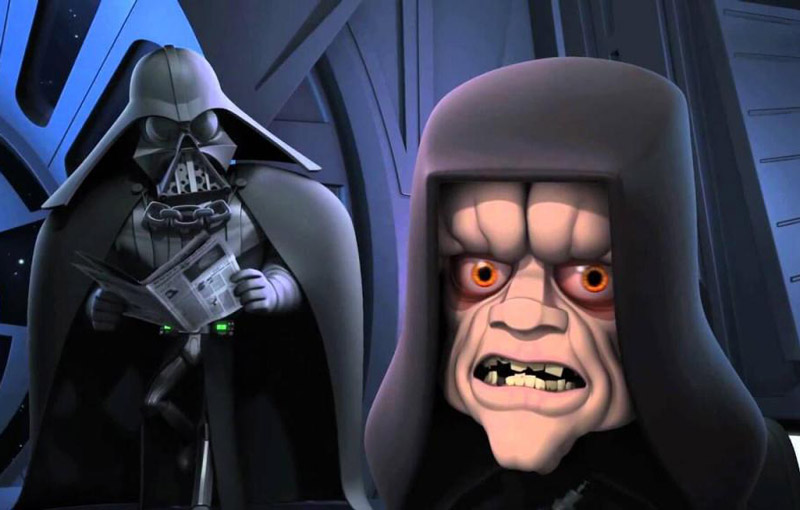 Right before Disney purchased Lucasfilm for a hefty sum in 2012, George Lucas had created an animated comedy series set in the Star Wars universe. This show was called Star Wars: Detours, a CG-animated comedy that explored the transitional era between the prequel trilogy and original trilogy of Star Wars films. Despite already having two seasons’ worth of episodes ready to go however, Disney put the show on semi-permanent hiatus.

Well, it looks like that nine-year hiatus might finally be over. According to The Vulcan Reporter, Disney plans to release Star Wars: Detours as a Disney+ original! This is a pretty out-of-nowhere move on their part, considering we haven’t heard anything about the show’s fate since its announcement in 2012. Back in November 2020, a six-minute episode from Detours called ‘Dog Day Afternoon’ was leaked onto YouTube, but it was taken down pretty quickly.

You can check out the show’s old announcement trailer below:

As you can probably tell, Star Wars: Detours is placed firmly outside the bounds of current Star Wars canon. The series satirises characters from the entire franchise, poking fun at the movies like a more family-friendly Robot Chicken. The Vulcan Reporter describes it as such:

The show is set in the Star Wars universe and explores what daily life is like in a galaxy far, far away. There are no Empires striking back or attacking clones here. Instead, Star Wars Detours focuses on the universe’s regular folks and their everyday problems… which, to be fair, do frequently involve famous bounty hunters, crazed Ewoks, and even a Dark Lord of the Sith. Welcome to Star Wars: Detours: the other side of the stars, between the wars.

In 2013, producer and voice actor Seth Green confirmed that 39 episodes of the show had already been made, with 62 more scripts finished. The Vulcan Reporter confirmed that more episodes have been produced since then, with the final number hovering around, “52 episodes and specials.”

They also claim that a surprise release on 4 May, 2021 (Star Wars Day) is likely - but Star Wars: the Bad Batch is also set to premiere on the same date. Who knows? Maybe Disney really wants to spoil fans this Star Wars day.

Join HWZ's Telegram channel here and catch all the latest tech news!
Our articles may contain affiliate links. If you buy through these links, we may earn a small commission.
Previous Story
Netflix is making a live-action Gundam movie with Kong: Skull Island director
Next Story
Ecovacs's Deebot T9 piles on vacuuming, mopping, and an air freshener into one robot sucker