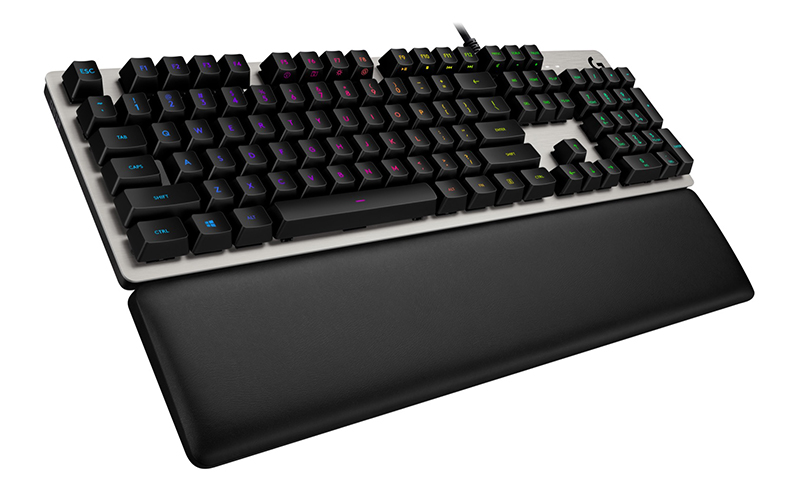 Logitech has announced two new additions to its family of gaming peripherals. The new G513 mechanical keyboard and G560 PC gaming speakers are the first to feature Logitech’s Lightsync technology, which syncs the lighting effects on your speaker or keyboard to your gameplay.

The G513 is basically an updated version of the G413, and it comes with an upgrade to Lightsync-enabled RGB lighting from the single-color LED backlight of the latter. Lightsync delivers dynamic lighting effects and animations that respond to in-game events, and Logitech is actively working with game developers to integrate Lightsync into popular games.

This can be thought of as Logitech’s version of Razer’s Chroma lighting, and it’s probably just a matter of time before we see more keyboards from Logitech with this feature.

That aside, the G513 is also equipped with a leatherette memory foam palm rest. There’s also a variant of the keyboard called the G512 that from what I can tell, is simply the same keyboard without the palm rest.

This is the version that’s listed on the local Logitech store, and it retails at S$189.

Another major addition is the availability of a new linear Romer-G switch. Previously, the Romer-G switches were only available as tactile switches, but Logitech is now changing the nomenclature slightly to differentiate between the Romer-G Tactile and Romer-G Linear switches.

The new linear switch has an actuation force of 45g, so it’s a fairly light switch. It also has a slightly deeper key travel than its tactile sibling – 3.2mm versus 3mm – and an actuation distance of 1.5mm.

The G560 speakers make better use of the Lightsync effects, with four RGB LED lighting zones and support for up to 16.8 million colors. 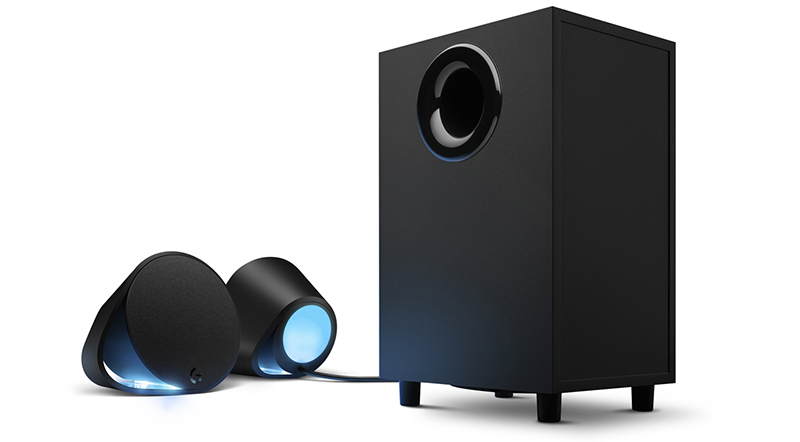 Lightsync lets these LEDs sync with the content is on your screen or the music you’re listening to. For example, the software can automatically detect the colors on your screen and match the LEDs accordingly.

You can even designate a specific area of the screen to monitor for color changes, giving you finer-grained control over the lighting effects. This means you could set a key to change color or light up when an ultimate ability is ready.

Lightsync on the G513 allows the same things, but the speaker provides more striking ambient lighting.

The G560 is a 2.1 speaker system that supports technologies like DTS:X Ultra for simulated surround sound. It’s also the first speaker from Logitech’s gaming division and is rated for up to 240 watts of peak power.

It shares some similarities with Logitech’s MX Sound speakers, both of which comprise two round satellite speakers with a protrusion at their sides. However, that was a 2.0 system, and the G560 ships with a large downward-firing subwoofer for a harder hitting low end.

On top of that, you’ll be able to connect up to four audio sources to the G560 at once via USB, 3.5mm or Bluetooth connections.

The G560 costs S$329 here. Both keyboard and mouse are expected to be available to buy in April.

Join HWZ's Telegram channel here and catch all the latest tech news!
Our articles may contain affiliate links. If you buy through these links, we may earn a small commission.
Previous Story
Google Play Instant lets you try games without having to download them first
Next Story
iPhone X might be available in a new color option soon