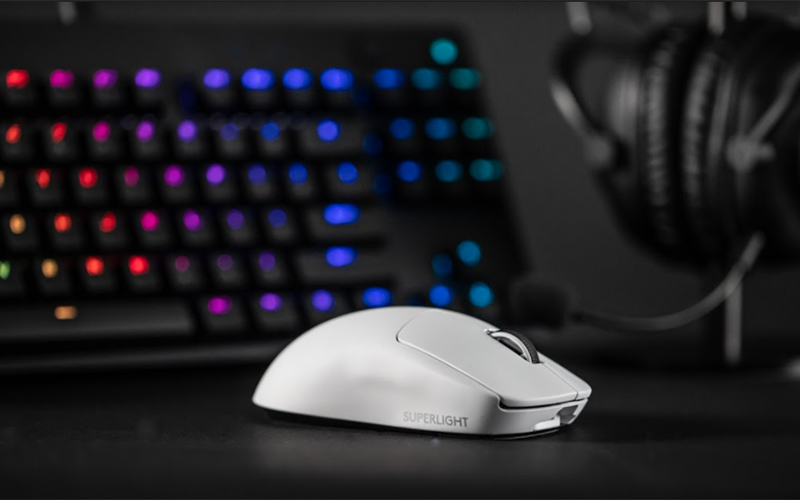 We've known this to be coming for a while now, but Logitech has finally made it official. Meet the Logitech G Pro X Superlight, the ultra-light successor to the popular G Pro Wireless. The Superlight is a wireless mouse as well, and at just 63g, it is one of the lightest around, beating out the 66g SteelSeries Aerox 3 Wireless by a hair.

The original G Pro Wireless was already pretty light at just 80g, but the Superlight is lighter even than some wired mice out there. More importantly, it's managed this without the use of a honeycomb shell, and the result is an ultra-minimalist rodent with sleek looks and a smooth shell. The matte white version looks particularly good, but there is an all-black version available as well.

However, weight isn't everything, and the G Pro X Superlight implements some potentially controversial design decisions, stripping away some of the most distinctive features of the G Pro Wireless. The latter was no doubt motivated by the pursuit of an even lighter weight, and the Superlight lacks any RGB lighting, which means fewer LEDs. The DPI button has also been removed, so there's no way to easily change your DPI on the fly unless you enter Logitech's G Hub software. Finally, Logitech has also ditched the modular side buttons of the G Pro Wireless that allowed it to cater to southpaws, and the Superlight will only work for right-handers now.

And unlike the SteelSeries Aerox 3 Wireless which uses USB-C for charging, the Superlight is still sticking to micro-USB, which seems like a missed opportunity here.

Logitech also doesn't seem to have made any changes to the shape of the G Pro Wireless, so if you liked that mouse, you'll probably like the Superlight as well. The PTFE feet are now a lot larger than before, and Logitech has included an additional PTFE plate in the box that can be used to replace the magnetic plate that covers the compartment for the USB wireless receiver. Grip tape is included in the box as well, in case you require additional purchase on the mouse.

Having fewer LEDs also means longer battery life, and Logitech is claiming up to 70 hours of battery life, compared to 48 hours on the older G Pro Wireless. The sensor is Logitech's HERO 25K sensor, which supports an upper range of up to a whopping 25,600 DPI. This is not a new sensor and was previously made available to Logitech's existing mice through a software update from G Hub in September, including the G Pro Wireless.

The Superlight is shaping up to be an excellent wireless gaming mouse, but there's one huge caveat in the form of its price. While the G Pro Wireless was already one of the most expensive mice around, Logitech has slapped an additional premium on the Superlight, bringing the price to US$149. It will be available to buy starting on 3 December.

Interested to get the Logitech G Pro X Superlight? It will soon be available at these outlets: Lazada, Shopee and Harvey Norman.

Join HWZ's Telegram channel here and catch all the latest tech news!
Our articles may contain affiliate links. If you buy through these links, we may earn a small commission.
Previous Story
Apple said to be investigating display issues with iPhone 12 models
Next Story
The first trailer for the Tom & Jerry movie is full of slapstick violence