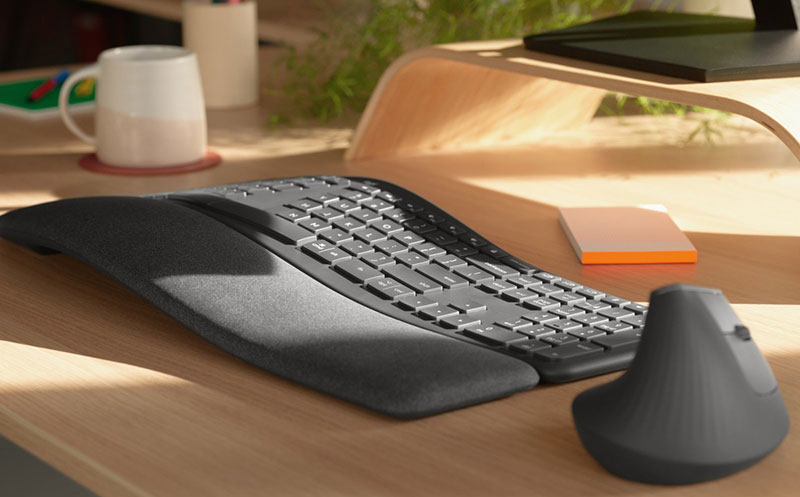 Logitech has announced the Ergo K860 split keyboard, a wireless Bluetooth model that goes head-to-head with Microsoft's Surface Ergonomic Keyboard. While the company hasn't made a split keyboard in quite a while, it's no stranger to ergonomic devices, having created the MX Ergo and MX Vertical mice. The two are clearly intended to be paired with the Ergo K860, so Logitech now has most of what you need for a desk setup that's kinder to your posture.

Split keyboards do look slightly odd next to their conventional counterparts, but they're supposed to reduce strain on your wrists and forearms and help make your hands, neck, and shoulders more relaxed. Most people who spend long hours typing at a desk have probably dealt with back problems at one point or another, but the Ergo K860 is supposed to help encourage better posture by allowing you to type at a more natural angle. 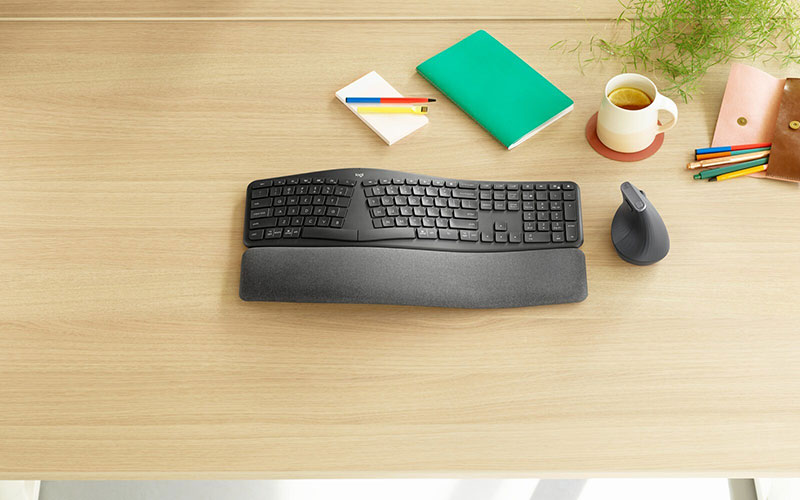 The keyboard has a smooth, sloping form that is raised in the middle, and Logitech claims it reduces muscle activity in the upper trapezius by up to 21 per cent. This is the muscle in the centre of your back that stabilises and facilitates movement of the neck and shoulders, so you should feel less strain in your back as well.

A memory foam wrist rest sits below the keyboard, and it's also layered with an additional 2mm of higher density foam for better support. The wrist rest follows the convex curvature of the keyboard too, and is topped off with a layer of knitted fabric that's designed to be resistant to stains and easy to clean.

The keyboard runs off two AAA batteries, which Logitech claims can last you up to two years. A USB dongle is included as well, in case you don't want to rely on Bluetooth. It can pair with up to three devices at once and will work with Logitech's Flow software for switching between multiple devices easily.

The Ergo K860 retails at US$129.99. The one thing missing is keyboard backlighting, which is slightly disappointing considering the price.

The Logitech Ergo K860 is finally arriving in Singapore. It will be available for pre-order from tomorrow on Logitech’s official stores on Lazada and Shopee for S$199 with a one-year limited hardware warranty. They will be available in stores on 9 April 2021.