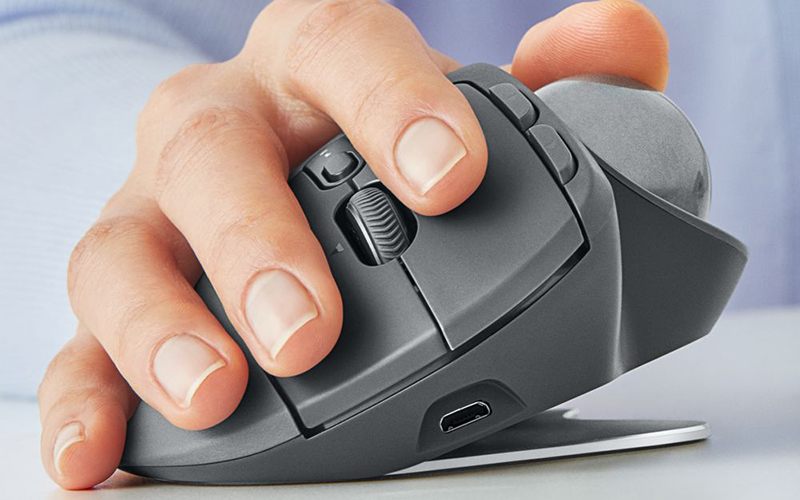 Logitech just made its first new trackball in a really long time. The MX Ergo probably has a pretty niche audience, but it rewards trackball aficionados with a more modern take on an old design (the trackball was first invented in 1947!).

The MX Ergo is a large, right-handed ergonomic mouse with eight buttons, some of which can be programmed with your own shortcuts. The scroll wheel also has support for tilt and middle-click functions for more convenient controls.

The trackball sits right under your thumb, and you can adjust the ergonomics of how you interact with it.

For instance, the mouse features an adjustable metal hinge, so you can set the tilt of the mouse anywhere between 0 to 20 degrees for the most comfortable posture.

The trackball precision ranges from 320DPI to 440DPI, but you can also change the cursor speed on-the-fly with the press of a button above the trackball. An LED light will light up when this mode is activated, so there’s no confusion at all. 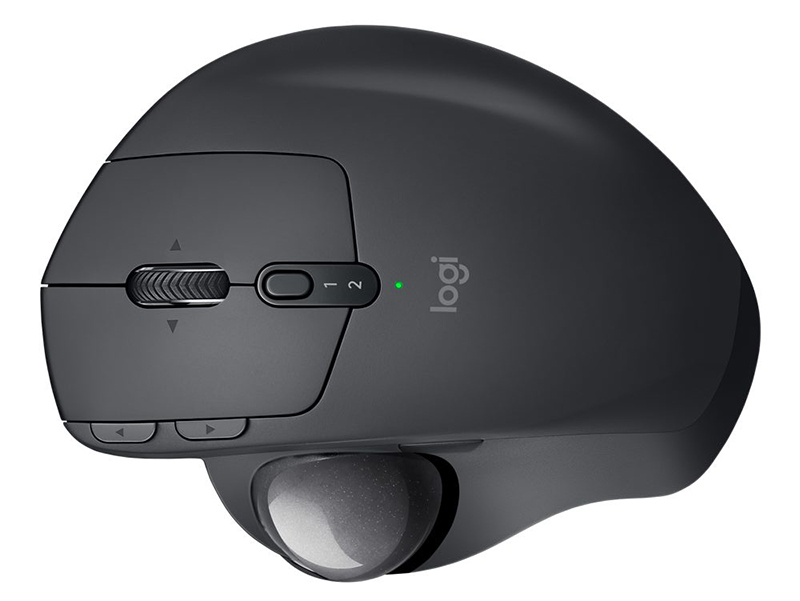 The MX Ergo also comes with a built-in 500mAh Li-Po battery, which Logitech claims can last up to four months on a single charge. In addition, the mouse is supposedly capable of lasting through a full day after just one minute of charging.

To cap things off, Logitech’s new trackball rodent supports both Logitech Easy-Switch and Logitech Flow, which facilitates switching between two computers – both Windows and Mac – with just a single mouse and wirelessly transferring files between the two.

The mouse connects to your PC via Logitech’s Unifying receiver or Bluetooth.

The MX Ergo will cost S$149 here and is expected to be available to buy online on Logitech’s website and select retail stores starting from 13 October.

Join HWZ's Telegram channel here and catch all the latest tech news!
Our articles may contain affiliate links. If you buy through these links, we may earn a small commission.
Previous Story
MSI has two new thin and light Stealth Pro gaming notebooks with an NVIDIA GeForce GTX 1070
Next Story
Early benchmarks show Apple's A11 Bionic chip to be as fast as a 13-inch MacBook Pro